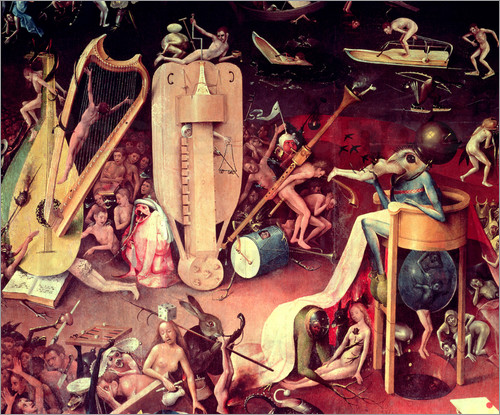 In which Mr Slang takes stroll through Great Wen, calls for Armageddon…

Some Lord’s day. I know not which and care less for I have no time for man-made jacks-in-boxes and believe but in a single rule: that after A comes B and thence to C and thus is the tale until the great culminator Z brings an end to all.

To the London Library there to borrow again the works of the excellent Robert Surtees, biographer sans pareil of Jorrocks, Soapey Sponge and Mr Facey Romford. I would gladly enrich Mr Surtees’ coffers were his works to be found in such poor bookshops left to the Town, but they are not, having ceded place, yet not pride thereof, to works in which dull trollops fornicate when they are not grasping at worldly goods, and cease from such indulgence only when they have snared a rich fool who will be good, while he lasts, for both. He will fail, so must all men, and can and surely will – the nuptial bands in place or not – be fast replaced with better and thus provide a sequel.

The Library and Mr Surtees both attained I turn for home. First, since kindly Boreas has momentarily restrained the rain, I walk, thinking in time to take an omnibus. Nary a word of English in the streets. Or if there is then it is that variety named American, and often that of children who think themselves, I find, to be Scots, shouting as they continually do the name ‘Macdonald’. Or the clodhopper, up goggle-eyed from some mud-clagged rurality, and  bringing in his wake his own barbarities, ’scaped but still unwanted from Mr Wright’s Dictionary of the English Dialects. Through Piccadilly, where clots of foreigneering coves cluster like great syphilitic buboes bulging poisonous beneath a prurulent armpit. No hand-wrought piccadills are cried there now, and forging my way through crowds, each one crazed for memorialising their passing on some shiny jigamaree, I would have those ancient frills turned anew to hempen collars and placed, snug-tight, around these thronging aliens’ necks. Let them all dance a last measure at Beilby’s ball. Let these dawdling lilies of the field be sharp plucked.

Still walking. Theatres on every side but nothing new, only grave-robbed resurrections of long rotted ballads and their makers. One, a blackamoor, sports but a single glove, hiding perhaps some pestilence gained hard on a bestial act and has no shame, for ‘Killer’ he proclaims himself; a trio, some old abbess and her nuns, have all turned papist, crying one after the other ‘Mamma Mia’, while yet another, vilest perhaps of all, groping to himself at the name of Her Majesty but in truth nought but a corrupt denizen of Mother Clap’s Molly House, stands high above the throng, all in gold and bellowing  yet his vapid rhymes.

Thence lies St Giles. Sweet St Giles, or once it was, a place where a scholar, tussling with the ardent  tongues of Polly, Kate or Maggie, could ease his pains with pleasures – and so doing ease his guilt by claiming ‘hands-on research.’  All gone. First rased by eager greedy hands, then raised up high, like a tower of child’s play bricks in shrieking colours, shiny and plastic so as to wipe them easily of infant p–s. Oh Architectural Abominans, how terrible are thy works. The ageing church remains, but emptied of celebrants, its junk-steeped garden brimmed o’er with vagabonds who fight for gratis soup. Elsewhere the soup is high-priced, so too is all else. A dozen ordinaries, well-named since each one like a hundred others, now make a place where once evil and excitement – as is oft the way – ran hand in hand a bland simulacrum of some small provincial urbs, rendering the once different all too much the same,  fearing lest the chaw-bacon, encountering that which he does not already know, runs in terror home.

No, all this is too painful. I must go now and seek my domicile but once looked for, where is the ‘bus, so often puffed as coming at one’s merest thought? The pavements throng, the roads are empty. Filled only with yellow-girt police holding back the gawping mass. Buses are postponed. I seek out the Great Wen’s Hades, roads that run aetherically ‘neath the pavements. What new hell is this? Has silence been rendered sin. Must we have no peace. Can only noise hold trenchant sway like some shouting bully at a flash-house door? The eyes have it: new signs, doubtless more pap to soothe the aimless tourist,  smear the walls like feculent, empurpled pox envenoming once pallid flesh. But so much more the ears. Cries follow adjurations, instructions are re-invoked as threats, excuses transmogrify into self-congratulation. The train runs and the racket is unabated. A voice, plucked it seems from the ranks of those abigails who, lacking Cyprian charms, turn keeper in Bedlam and revel to tell some poor dotard, unable in age to hold his stool and overwhelmed in s–t, ‘Oh dear Mr S—g, have we had a little accident?’ Would that I had power. Would that these girls –that or else castrati taking belated vengeance on the knife – were secured each alone in a black hole. There their own voices would resound without discontinuance, on and on, on and on. Till, maddened by the sound, the girl would pluck out her very eyes and by thrusting them jellied and dripping gore into a new home hoping thus to stop her ears against her own moron bleat. Yet, just as in the ambulant Hades, no stopping would work. Then might they beg for the grave, to gain a silence they would permit no other. I seek no revenge, I am but a scholar and disinterested, but is it not  right that our punishments be condign.

Home. Quiet. Only the sound of speeding vehicles; more police, black-uniformed now and armed, speeding East girt in flashing blue and heralded by braying trumps. There no doubt to beat the hapless denizens. Beat on, policemen, beat on. And in so doing enrage your victims so that they rise up. Up and ever up, And in their anger pull from the very heavens Mahound’s hellfire, roiling and eviscerating, burning with that righteous flame that only true belief can kindle then turning all to ashes: beach volley ball, one hundred metres, synchronised swimming and every one of Olympia’s familial divertissments. Burn hot, burn long, burn cruel. And let there be no favour: all may take part, for is it not said: such is what really counts.