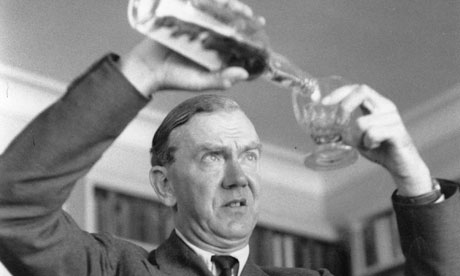 Luke Honey writes about food, drink and the finer things in life over at his blog The Greasy Spoon. Today he gets stuck into a literary cocktail created in honour of a man who was fond of a tipple himself…

As a long time fan of Graham Greene, I was amused to discover that he had a cocktail named after him. There was always something slightly raffish about Greene: the crumpled Burberry, his Citroën Maserati SM (one of my all-time favourite dream machines), the apartment in Antibes, the French mistress, his collection of rare Victorian Crime Fiction, the adolescent games of Russian Roulette on Berkhamsted Common- all these things tempered by his Catholic Guilt.
The Graham Greene Cocktail was invented at the Metropole Hotel, Hanoi, Vietnam in 1951. Greene was a correspondent for Paris Match. It’s essentially a classic Dry Martini with a dash of Crème de Cassis. Being a Martini purist (and reared as a sproglet on John Doxat’s instructive “Stirred not Shaken- the History of the Dry Martini”, I had my doubts about this; it didn’t sound that hot, to be frank; but I am sipping on one as I write, and it’s surprisingly good- the blackberry flavours of the Cassis balancing the dryness of the gin and the vermouth rather well. Refreshing too. I would suggest that you serve it very cold- and very plain. No olives, no lemon peel. And use those tiny frosted tumblers, like the ones you’ll find in Harry’s Bar.
Shovel generous amounts of ice cubes into a glass Martini pitcher. Add a dash of Noilly Pratt (to rhyme with Cat), and a dash of Crème de Cassis. Swirl around the ice, and shake off the excess. Pour in a decent slug of Dry London Gin. Stir. Strain into iced tumblers and serve. 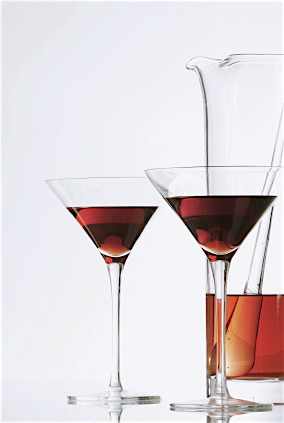 5 thoughts on “The Graham Greene Cocktail”