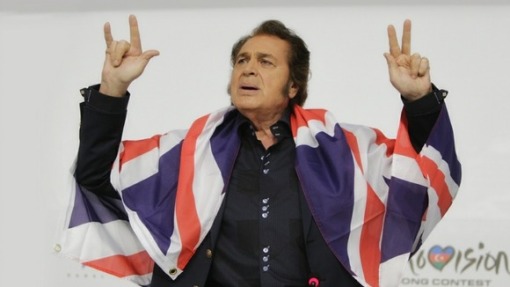 After last night’s Europop shenanigans, Mahler presents The Dabbler’s Alternative Eurovision Song Contest, as it might have looked 100 years ago…

With live animals banned from the Eurodreck last night it was unlikely that Pudsey, the adorable lovechild of a bichon-frise and a border collie’s one-night stand, would rock-up to entrance us – and anyway, the cute little hotdog was already booked to travel Stateside in Cowell’s private jet but spurned it in favour of a cruise liner to New York. Age however, was no barrier in Baku, with crumblies visible everywhere, our own Hump, 76, fitting in nicely with the Russian Grannies, topping out at 86. Politics was alive and well, in the shape of the Montenegrans Rambo Amadeus, with a sliver (more than 3 minutes forbidden) of Turbo Funk, ‘Euro Neuro’, containing the memorable line ‘give me a chance to re-finance….don’t be dogmatic, you need to become pragmatic’. My, how far we have fallen in around a century.

The ‘principal’ countries in this money-spinning Sepp Blatteresque farce, are those that year after year deposit vast amounts of lucre into the Eurocoffers, eliminating the need to ‘qualify’. So, just for fun, let’s look at what those countries were capable of producing about 100 years ago. You may like to vote for a winner?

It is difficult to imagine a time when the world may grow indifferent to the music contained within Die Meistersinger von Nurnberg by Germany’s bogeyman Richard Wagner. At almost five hours it is much too long and yet….there is hardly a moment in this vast score when something wonderful is not going on in front of you, the soundness and goodness of normal human life is seen and heard on every page. This marvellous comedy is, I suppose, the original Eurovision Song Contest, dating from 1868, and here, from the closing pages is the ‘Prize Song’, Morgenlich leuchtend, delivered most affectingly by the Canadian tenor Ben Heppner impersonating Walther von Stolzing. It’s more than 3 minutes but ask yourself – how does it stack-up against ‘Love Will Set You Free’?

It is 35 years since France last clocked a win, with the vapid “L’oiseau et l’enfant” in 1977 – shameful for a country with such a rich and varied songwriting heritage. Canteloupe, Chabrier, Chausson, Debussy, Duparc…the list seems endless. Mention the name of Jacques Offenbach in polite musical circles and you are likely to be shown the door; but this Cologne-born son of a Jewish cantor had no equal in mid-19th Century France if your particular weakness is melodic profusion, wit, dash, and explosive high spirits. His genius was clear in Orphee aux Enfers and La Belle Helene, but he did not live to hear the first performance of his masterpiece Les Contes D’Hoffmann. Here the wacky French Coloratura Patricia Petibon sings Les Oiseaux dans la Charmille.

A year after Sandie Shaw won in 1967 with “Puppet on a String”, Spain scored their only outright win with the execrable “La la la”. There was really no excuse for this, and looking back over the last four decades I feel the rot really set in with this piece of pop-rot. Just over a couple of decades earlier the modern father of Spanish music Manuel de Falla died in Argentina. He never married, and produced no children but, seemingly, devoted his long life to musical compositions that are few in number but powerfully expressive in character; you could play through his whole output in a day. The Seven Popular Spanish Songs were published in 1914, and combine erudition with creative imagination. Here, the great Spanish Mezzo Teresa Berganza sings the limpid Nana from that totally idiomatic collection.

The music of Gerald Finzi would never have won any contest. Meditative rather than dramatic, his taste was for the Elizabethan poets, as well as Rossetti, Hardy and Bridges. Every bar of his music is quintessentially ‘English‘ but in fact both his parents were Jewish – and though he was agnostic, he composed some of the most moving ‘Christian’ church music. Here, the soft-focus tenor of James Gilchrist sings Finzi’s setting of the John Milton sonnet How Soon Hath Time, a meditative English closing.