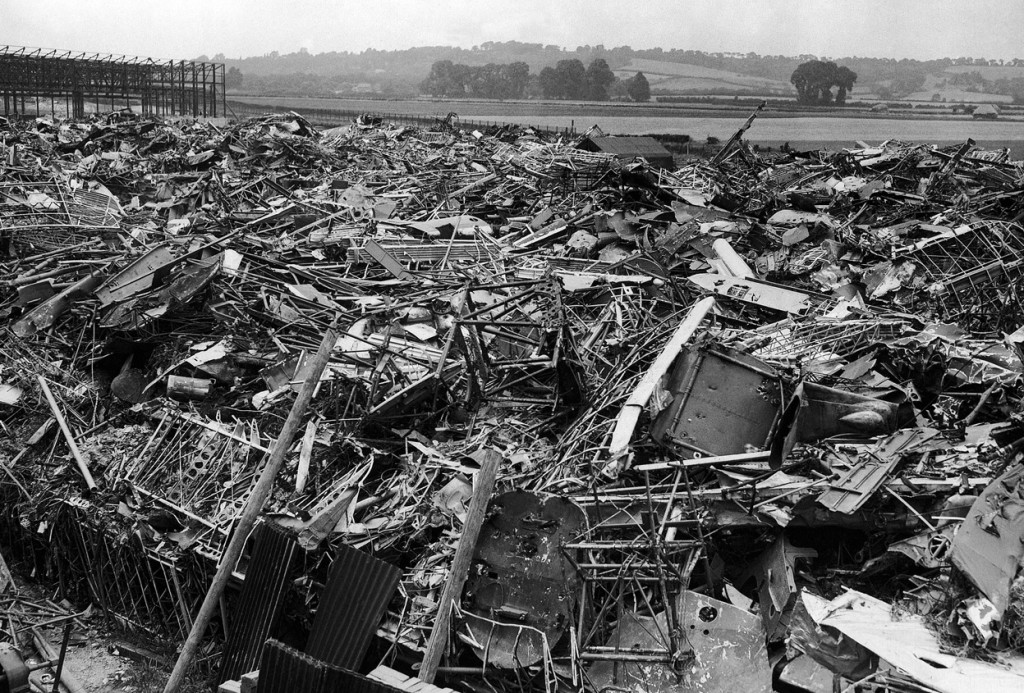 Last week I happened upon this photograph of WW2 Blitz wreckage (click on it to enlarge – it’s from this terrific set of photos), and immediately wondered if this was in fact a ‘real life’ picture of the aircraft dump that inspired Paul Nash’s ‘Totes Meer’. Unfortunately I couldn’t find out the location of the dump in the photo, but it did sufficiently stir my interest to seek out some more information on one of one of the most famous British artworks of the Second World War.

In 1940, soon before the start of the Battle of Britain, Nash had found himself employed as an official artist of the RAF. Totes Meer has its origins in a set of photographs taken by Nash at the Metal and Produce Recovery Unit at Cowley, near Oxford. Cowley was the site of the Morris car factory, where wrecked aircraft of all nationalities were recycled into aluminium alloy and

other scarce materials to be hastily rebuilt into more planes. In reality the Cowley Aircraft dump contained as many British planes as German ones, but it is the German ones Nash has chosen to represent in his picture, as well as bestowing upon it a conspicuously German title.

On 11 March 1941 Nash wrote to the Chairman of the War Artists’ Advisory Committee, Kenneth Clark, describing the nightmare vision of the aircraft dump that had come upon him as he wandered around taking pictures:

‘The thing looked to me suddenly, like a great inundating sea. You might feel – under certain influences – a moonlight night for instance – this is a vast tide moving across the fields, the breakers rearing up and crashing on the plain. And then, no: nothing moves, it is not water or even ice, it is something static and dead. It is metal piled up, wreckage. It is hundreds and hundreds of flying creatures which invaded these shores. By moonlight, this waning moon, one could swear they began to move and twist and turn as they did in the air. A sort of rigor mortis? No, they are quite dead and still. The only moving creature is the white owl flying low over the bodies of the other predatory creatures, raking the shadows for rats and voles.’ 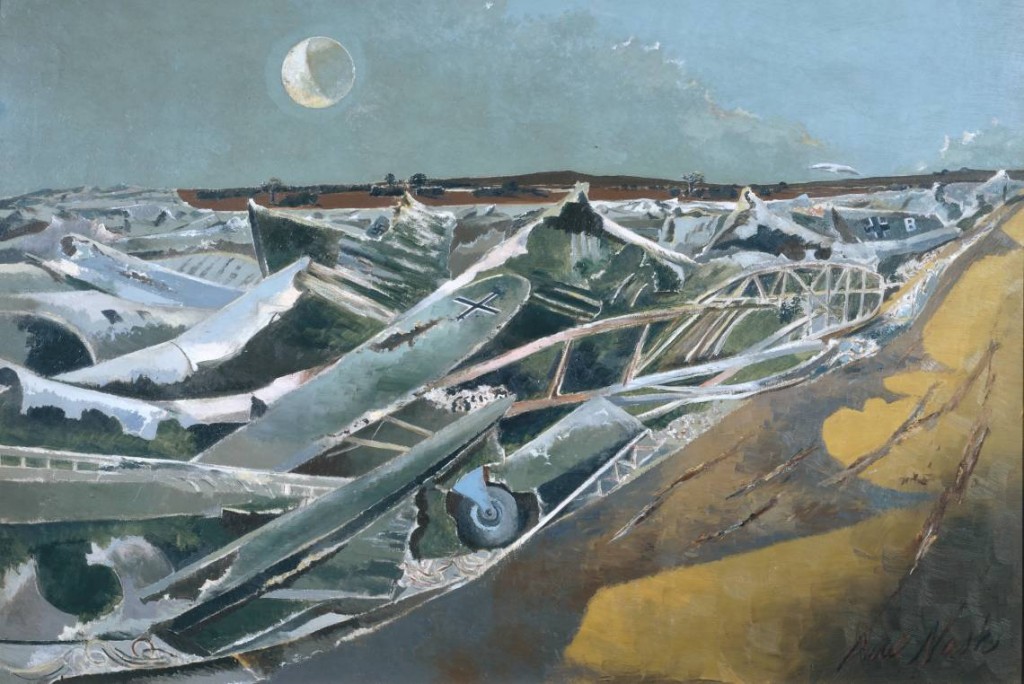 In Totes Meer the detritus of Nazi hubris smothers the gentle moonlit landscape, setting the global conflict against a dark and surreal English pastoral. The twisted wreckage of Totes Meer has come to represent an easy visual analogy of the pointless waste of mankind’s wars – and is the kind of ‘simple message’ picture that history teachers love to wheel out at every available opportunity – much like Nash’s other famous war painting ‘We Are Making a New World’… However, the intended meaning behind this picture is not as simple as history teachers would have us believe.

Inwardly, the cynical pacifism displayed in his First World War paintings had changed – for Nash, his WW2 art had a strongly defined aim – the defeat of Nazism itself. “I want to use what art I have and what I can make as directly as possible into the character of a weapon”, he wrote. As an official war artist, Nash produced first a collection of paintings depicting British aircraft as glorious aerial sprites, followed by a series showing mangled German planes smashed like bugs. Intending Totes Meer as a piece of propaganda showing the Luftwaffe’s total destruction against the immovable wall of Britain’s military might, it is ironic that Nash’s efforts to produce a patriotic painting to spur-on weary Britain seems to instead inspire in us an oppressive feeling of shame at our rapacious industrialised ugliness.