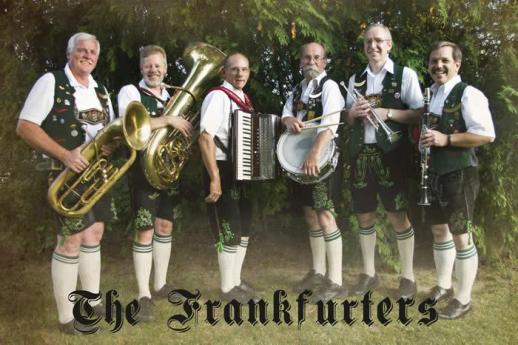 Slang has not been that beastly to the Hun. Compared to the litany of contempt that has accrued to the French, the terms for Germans, and the images that underpin the counter-linguistic portrayal of their  land of lederhosen and Linzertorte, are relatively benign. Maybe it’s something about Angles or Saxons. Or the ancestry of several generations of our Royals. We know about two World Wars (and one World Cup) but in some paradoxical way they don’t seem to matter (or not the former). Other perhaps than to the tabs, and of course Basil Fawlty.

Mitteleuropa, notably the Poles and Czechs, remains less forgiving in language as in wider attitude, but for all that the Germans ought to be ranked among the great national enemies, they are not. The 20th century clashes were accompanied by the usual propaganda, but then it appears to have vanished almost as fast as it appeared. That Blucher fought alongside Britons at Waterloo seems more important than that his successors proved more antagonistic. At least in the parallel evocations of slang.

Prior to 1914 Germany in mass-market Britain meant the oompah braying of the German bands (by no means invariably Germans) who paraded through urban streets. Or the comic German-American immigrant Hans Breitmann. The former appear to have retired to the States (the Frankfurters, above, are based in upstate New York) while the latter, like much that once had thighs a-slapping, has wholly disappeared.

He was the creation of Charles Leland, who was the non-lexicographical half of Barrère and Leland, authors of a dictionary of Slang Jargon and Cant (1889). He debuted in 1857 in the poem ‘Hans Breitmann’s Barty’. Leland’s hero was by no means despicable or stupid – the stereotype of German immigrants was far more positive than that of Jew or Irishman – and Hans was widely popular. Breitmann  commented on a variety of political and national events but the primary joke was his heavily accented English. Thus Breitmann’s use of ‘cook one’s goose’ came out as ‘Denn ofer all de shapel / Vierce war vas ragin loose; / Fool many a vighten brinter / Got well ge-cooked his goose’ and ‘not care a damn’ as ‘Away down Sout’ in Tixey dey’ll split you like a clam’ — / ‘For dat,’ spoke out der Breitmann, ‘I doos not gare one tam’.

Leland’s creation represents one of the two stock varieties of German: those called Fritz and those called Hans. Fritz, a diminutive of Friedrich, appears in the late-19th century, when in 1883 George Meredith compared ‘Fritz’ to ‘Alphonse’, but emerged properly during World War I, when as well as a German soldier, it meant a German shell, aircraft, submarine or anything else pertaining to the enemy. The phrase on the fritz: out of order, working sporadically (or drunk), emerged in 1929, but may not actually relate to the name. It may be an onomatopoeic version of the sound of sputtering, shorting electricity, or even a euphemism for ‘fuck’ (as in all to fuck, out of order). Put the fritz on, to spoil, destroy or put a stop to, would seem to have some connection to Germany, perhaps to the stiff-necked obduracy with which Germans (or at least Prussians) are credited.

Hans arrives in England during the 16th century. During the 17th and 18th it was probably best-known in the phrase hans-in-kelder, meaning literally ‘Jack-in-the-cellar’ and translated as ‘an unborn child.’ Hans the grenadier paid tribute to German soldiering, while hans-wurst (‘Hans-sausage’) characterized the nation by its diet. Both names gained wider use during the two World Wars, and was joined in the second by Heinie, a diminutive of Heinrich.

Breitmann was big on beer, but the foodstuffs that signified German were the sausage and the cabbage.  The earliest slang definition of German is a sausage and the deli adds sausage-eater, –gorger, –mangler, –meat, –spoiler and –walloper. All were World War I creations. Cabbage is kraut and as sauerkraut, a form of pickled, shredded cabbage, a national trademark. Thus kraut, a German, plus kraut-eater, –head and kraut stomper, as well as sauerkraut, sauerkraut eater or –slurper and sauerkrauter. The home of all was krautland. Englished it became cabbage-head, while cabbage town was a town’s German section.

Britons could enjoy the German duck, half a sheep’s head boiled with onions and as such beloved among the German sugar-bakers of London’s East End (it could also mean a bedbug) The US added German delight, beer and German goitre, a beer belly. A German garden was a beer garden, Hophead, taking hops literally rather than making the usual reference to hop, opium, was a German. So o was lager-head. Limburger, actually a Dutch/Belgian cheese, not a German one, meant one too, as did metzel, from Metzelsuppe, a soup  made with sausage.

By 1900 it was all getting less amicable. A German gospel stood for empty boasting and came from a speech delivered in November 1897 by Prince Henry of Prussia to his brother Kaiser Wilhelm II, glorifying ‘The gospel that emanates from your Majesty’s sacred person…’. The term echoed the earlier flapdragon, its imagery drawn on the name of a game explained by Johnson as one ‘in which they catch raisins out of burning brandy and, extinguishing them by closing the mouth, eat them’ . A German was dismissed as much display but little substance,  one who, for all his external show, could be ‘eaten up’ by an Englishman.

Hun was another term based on speechifying. The modern use stemmed directly from the Kaiser exhortation to troops embarking for China in July 1900: ‘No quarter will be given, no prisoners will be taken. Let all who fall into your hands be at your mercy. Just as the Huns a thousand years ago…gained a reputation in virtue of which they still live in historical tradition, so may the name of Germany become known in…China that no Chinaman will ever again even dare to look askance at a German’]. It rhymed with the deflatory currant bun. Jerry, World War II’s version, was positively pacific, as was squarehead, which also meant a Scandinavian. 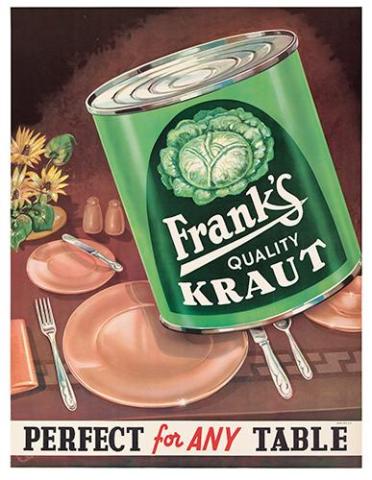