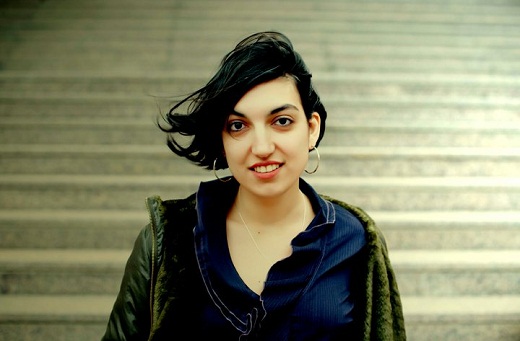 The Possessed is the uncategorisable hit ‘memoir’ by friend of The Dabbler Elif Batumann. Brit reviewed it here and Elif herself contributed a guest Dabble here. Now Elberry offers his review…

This is a pleasing, deceptively readable book, fairly accurately subtitled “Adventures with Russian Books and the People Who Read Them”. It is a lively but secondary work, in the sense that I think the reader would to know something of Russian literature, to find his way amidst all these references to Tolstoy et al; but that granted, it is enjoyable and intelligent.

Deceptively readable – in that it could be devoured and discarded as a memoir, an academic/journalist’s account of her travels in Russia (and Samarkand), and her interest in Russian literature. But there is a submerged, formal organisation. The work begins with Batuman’s decision to drop Creative Writing and Linguistics. She rightly sees the former as (in Cormac McCarthy’s words) “a hustle”, and as for the latter:

The aim of this seminar was to formulate a theory that would explain to a Martian “what it is that we know when we know a language.” I could not imagine a more objectless, melancholy project. The solution turns out to consist of a series of propositions having the form “‘Snow is white’ is true if snow is white.” The professor, a gaunt logician with a wild mane of red hair and a deep concern about Martians, wrote this sentences on the board during nearly every class, and we would discuss why it wasn’t trivial. Outside the window, snow piled deeper and deeper. You Martians who so love form and logic – what are you doing here, so far from home?

It’s not a hustle but, as the Martian perspective suggests, it’s not for everyone. The concentration of logic is Martianly alien to Batuman; indeed, like mathematics it is not exactly human. The “human” truly presents itself in unquantifiable, strange form, in the unrepeatable, that which cannot be compressed into an algorithm. This quality is strongly exemplified in the great Russian writers, and so excited the murderous hostility of the Communist government (mathematicians and totalitarians both tend to despise the human, the unorderly, the real). Batuman writes of Babel’s 1939 KGB mugshot:

Photographed in profile, Babel gazes into the distance, chin raised, with an expression of pained resoluteness. Photographed face-on, however, he seems to be looking at something quite close to him. He seems to be looking at someone who he knows to be on the verge of committing a terrible action. Of these images, a German historian once observed: “Both show the writer without his glasses and with one black eye, medically speaking a monocle haematoma, evidence of the violence used against him.”

“Everything about Babel gave an impression of all-consuming curiosity,” Nadezhda Mandelstam once wrote: “the way he held his head, his mouth and chin, and particularly his eyes. It is not often that one sees such undisguised curiosity in the eyes of a grownup. I had the feeling that Babel’s main driving force was the unbridled curiosity with which he scrutinized life and people.” That’s what they took away when they replaced his glasses with the monocle haematoma.

Of course, it’s easy to recoil from the USSR, as from Nazism; all the same, there is something Babelishly human about Batuman, an unwillingness (inability) to ignore the particularity of human life; she has a novelist’s sensitivity to detail.

For the first part of the book, Batuman is a young, frivolous academic, attending Tolstoy conferences and suggesting the man was done in by one or more of his many hangers-on; not, it seems, out of any serious engagement, but rather in the idle, need-to-publish spirit of academia, where everything is debased, everything is matter for a career, for papers and conferences and reputation. For an academic, a man’s life is matter for giggling speculation, for an amusing little paper, because for the academic nothing is serious, except academic reputation. Thus of a visit to Chekhov’s house, in his garden:

The garden was empty but for the conference organiser, who was making a video recording of Chekhov’s apple trees, and the Malevish scholar, who stooped to pick up an apple, stared at it, and took an enormous, yawning bite.

A good image. And later:

Next, an enormous Russian textologist in an enormous gray dress expounded at great length upon a new study of early variants of War and Peace . Fixing her eyes in the middle distance, consulting no notes, she chanted in a half-pleading, half-declaratory tone, like someone proposing an hour-long toast.

Just when she seemed to sit down, she bounced back up and added: “We will hear more about these very interesting editions on Thursday!…if we are still alive.” It was fashionable among International Tolstoy Scholars to punctuate all statements about the future with this disclaimer: an allusion to Tolstoy’s later diaries. After his religious rebirth in 1881, Tolstoy changed his practice of ending each diary entry with a plan for the next day; now, he simply wrote the phrase: “if I am alive.”

Where exactly Batuman stands in this grotesque farce, we do not know. Batuman the character seems extremely young and giggly and one can only imagine how men like Tolstoy and Dostoevsky would have felt, to know their lives and works would fall into such hands. But this is a writer’s fate, as it is a corpse’s lot to be eaten by maggots (good for the maggots, at least). That academics would appropriate Tolstoy’s words, as a fashionable ornament to their own frivolity, is natural enough. Taken by the KGB, Babel pleaded to finish his work; it is hard to imagine the average academic taking a stand for anything, let alone literature. And precisely these people say “if we are still alive”; much as Polonius advises “to thine own self be true”.

Following the round of university-funded trips and conferences, Batuman heads to Samarkand to study Uzbek. While not quite Borat country, it’s close. She lodges with a vile woman (Borat’s aunt) and is exposed to vile breakfasts:

Breakfast consisted of “soft-boiled” eggs, dipped briefly in warm (not boiling) water, with bread and orange jam. The jam came from a vat under the sink; when Gulya lifted its oilcloth cover, you could see a network of busy ants hurrying over the gemlike surface.

Our relationship with Gulya reached a new level of unspoken antagonism the day Eric discovered a second kitchen in the other wing of the house, where the jam container had a rubberized lid and no ants – we alone were given the jam with ants. In the absence of any visible jam shortage, this behaviour was difficult to understand.

The book closes with a meditation on Dostoevsky’s The Possessed, roping in René Girard, and focussing particularly on the character of Nicholas Stavrogin. It isn’t first-rate literary criticism, but it is readable and strongly oriented about a human question – why, that is, the charismatic, gifted Stavrogin should initiate a series of murders and suicides, culminating in his own despairing self-destruction.

Batuman then returns to a student she mentioned in passing at the beginning, Matej:

Matej is presented as a real-life Stavrogin, but a hair short of murder and suicide. All who meet him are struck by his personal power, and he rapidly acquires a circle of dependents, daunted and attracted alike. Batuman herself falls under his spell and even after he leaves academia for a monastery, it seems that something of his “spell” pulses through this book.

Earlier, Batuman comments on Augustine’s Confessions, which formally enacts its own argument – beginning as a narrative and ending in theological exegesis. Likewise here, there is a subtle form: the giddy young academic is drawn into the world of the Russians; she begins to learn the language; goes to Samarkand to eat jam with Borat’s mother; returns to the world; she writes of Nicholas Stavrogin; and then of her own, real-life Stavrogin. The voice at the end is no longer wholly so giggly; perhaps the proximity to Matej burnt it away. This crossing-over, from life to literature, and back again, recalls the subtitle of Anecdotal Evidence: “the intersection of books and life”; for books are a part of life and therefore if you say you prefer books to life, all you mean is, you prefer one form of life to another.

As a coda, it seems that Batuman, who was rightly sniffy about Creative Writing, now teaches Creative Writing. But that is perhaps in keeping with the theme of her book – the intersection between “books and life”, how each feeds the other. While I feel intensely suspicious, this is also one of the most enjoyable books I’ve read of late, and would doubtless appeal to anyone with a taste for tales of Boratry, messianic Russian nutters, and jam.

2 thoughts on “Review: The Possessed by Elif Batumann”