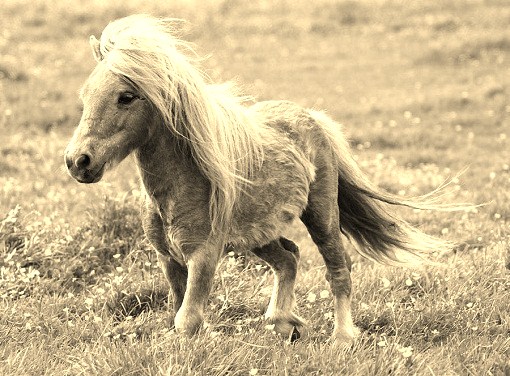 What better way to spend a cold Friday evening in February than to curl up in front of the television to watch a trilogy of films by one of the great unsung auteurs of the silent screen?…

The cable channel UK Golden Pap is to be congratulated for screening the masterworks of the great – and greatly misunderstood – Pabstus Tack. When Tack’s films are mentioned, which is rarely, they are dismissed as fey, twee confections for children, in an age when childhood was seen as a time of purity and innocence. Thus the damning rebuke of a cravat-wearing, pipe-smoking, goatee-bearded critic like Jean-Luc Boff, who wrote: “With these insipid pieces of froth, Tack not only drains his films of sound and colour, but also of plot, tension, engagement, disturbance, of life and death and sex.”

What Boff says is true, yet he fails to understand just how radical an approach Tack took. Yes, these films are indeed fey and twee, yet at the same time they are cloying and saccharine, miraculously inoffensive, whimsical in the most nauseating sense of the word.

The first in the trilogy is Pippi The Pony Goes To The Paddling Pool. The part of Pippi was played by Tack’s own pony, Poopy, a placid, well-groomed little darling with gossamer ribbons flowing from its mane. In silent black and white, we watch as Pippi canters towards a paddling pool and splashes about, gently and charmingly. There are no fancy camera angles, no clever-clever montage. “Look,” Tack is saying, “A pony in a paddling pool.”

He followed this up with Biffy The Africanised Killer Bee Joins A Swarm. In this, possibly the finest of the three films, Biffy – played by Tack’s pet Africanised killer bee, Letitia – is shown buzzing around a municipal flowerbed, then going off to join a swarm of her fellows. Tack’s camera is static except at the very end, where it pans to show Biffy’s journey from solitude to companionship.

The last film is the one where Tack takes the greatest risk with his creative vision. With Schmoopy The Vampire Bat Sucks The Life-Blood From A Consumptive Orphan the task of retaining a quintessentially Tackesque tweeness must at times have seemed impossible. But once again, the auteur in Tack pulls it off, in a magnificently sugar-coated fairy cake of a film. Schmoopy, by the way, was played by Tack’s own vampire bat, Flopsy, while the part of the consumptive orphan went to a doe-eyed – and consumptive – orphan the director found swooning and crumpled, clutching weakly at the railings of Pang Hill Orphanage during a blizzard.

If there is a better way to spend eleven hours on a cold Friday evening in February than watching these films, I for one am at a loss to think what it might be.

2 thoughts on “The Pabstus Tack Trilogy”