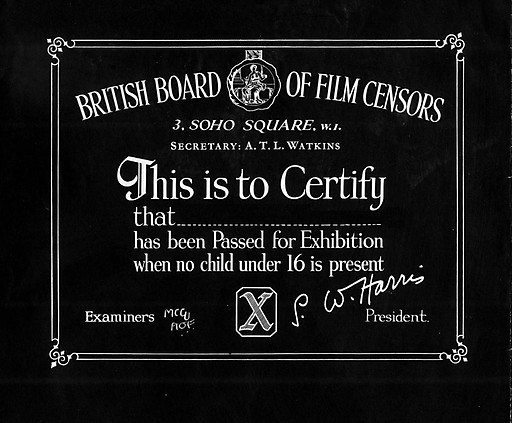 Readers of a milksop disposition, look away now! for Frank is about to besmirch the pages of The Dabbler with pure unbridled filth…

According to John Trevelyan in What The Censor Saw (1973), the following list includes some of the disgusting and morally repugnant subjects rightly banned by the British Board of Film Censors during the first twenty years of its existence:

Incidents injurious to the reputation of Governmental Departments.

The effects of vitriol throwing.

Criminal poisoning by dissemination of germs.

Libels on the British nursing profession.

Employee selling his wife to employer to cover defalcations.

Themes which are likely to wound the just susceptibilities of our Allies.

Marriages within the prohibitive degree.

The Salvation Army shown in an unfavourable light.