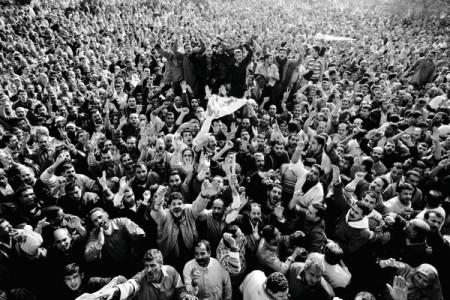 Daniel Kalder looks back at the various vernal revolts of 2011 and argues we shouldn’t get too excited.

Sometime around the arrest of Mikhail Khodorkovsky, a long period of abject Western media failure regarding the Putin phenomenon began. Journalists were so busy making fatuous comparisons to Stalin or hyping The New Cold War™ that they refused to address why the president was so popular in Russia. I suspect this is because many of them missed the 1990s, when Americans and Europeans had enjoyed near godlike status. Yeltsin had been no catastrophe for them, even if he was for 99.99% of everybody else.

However, Putin was genuinely popular and until a few weeks ago seemed unassailable. A generous man might read this as proof of success: that life in Russia has improved to the point where citizens are no longer willing to accept corruption in exchange for stability. When I lived in Russia, I attended some entirely futile anti-government rallies comprised of pensioners, punks and nationalists; the latest protests are larger, much more diverse and the Kremlin obviously hasn’t decided what to do about them… yet.

It’s ironic, meanwhile, that these demands for democracy are occurring twenty years after the leaders of Russia, Ukraine and Belarus unilaterally declared the USSR dead, thus overriding the democratically expressed will of the majority of soviet citizens who had voted in referenda earlier that year for the Soviet Union to remain united (assuming we can trust those results, of course).

That two decade anniversary also makes me think of the erstwhile soviet satellites in Central and Eastern Europe which had seized their liberty in 1989. All of these countries- from Estonia to Bulgaria- almost immediately applied to join the EU, membership of which is now making them, ironically, less free again.

Of course, there’s a world of difference between the totalitarian USSR and the impotent, soft authoritarian EU. But how the citizens of these nations, who are still resentful of Moscow’s long dominance of their internal politics, can so freely submit to oversight of their national budgets by an unelected cabal in Brussels, or worse, meekly acquiesce as entire populations are forced to vote again whenever a referendum in the EU brings the wrong result… well, it blows my mind, man.

I come from a small country. I understand the advantages of an alliance with a bigger neighbor. But I am not seduced by the vague, utopian EU goal of ‘ever closer union’ and I don’t subscribe to the comic fantasy that the EU could ever rival the USA or China as a world power. The fear/shame stigma surrounding nationalism is largely a continental issue, not a British one. Thus while passport free travel is nice and Brussels surely provides pleasant sinecures for national politicians who can’t be bothered with elections any more, I fail to see the point of surrendering to the Franco-German axis at its heart.

So what is its appeal? Let’s ask Dostoevsky’s Grand Inquisitor:

There is no more ceaseless or tormenting care for man, as long as he remains free, than to find someone to bow down to as soon as possible.

Well now that makes me think of Egypt, where following the so-called Arab Spring, a majority of Egyptians have just voted for reactionary parties such as The Muslim Brotherhood or worse, the Salafists. Of course, this is not surprising if you consider that Egypt is a very traditional, pious society, which has been governed for decades by a corrupt military junta. Who were the people going to vote for, the parties that claim to embody the Will of Allah; or that wee man with the moustache who used to lurk about the UN?

It has been vaguely amusing (while also pathetic), to watch the American leaders and bien pensant media types who were so wrong about the meaning of the uprising now argue that political power will make the Brotherhood, which has over eighty years of hardcore Islamist pronouncements behind it, less radical. Such stupidity is nothing new. Apologists denied the obvious extremism of Lenin, Hitler, Mussolini and Stalin for a long time. In the 60s, many European lefties loved Mao. One of Jimmy Carter’s advisors compared the Ayatollah Khomeini to Gandhi. Don’t worry, say the useful idiots, it will all be OK.

Not likely. Remember the 2004 uprisings in Ukraine, Georgia and Kyrgyzstan? Well, in Ukraine the guy who (allegedly?) stole the election is now president, while the “heroes” who defeated him are either a) in prison or b) in disgrace. In 2008 Georgia’s president launched an attack on his own citizens and lost one third of his country’s territory. As for Kyrgyzstan… well… yeah.

Thus, when I watch the rallies in Russia, I celebrate the protestors’ loss of fear, but wolves are always waiting in the wings. And yet for all that, sometimes things actually do improve. However fatuous the EU may be in its goals and deeds, it’s far better to be forced to submit to Merkozy than to be devoured by Stalin, if that’s the choice history offers you.

As for Egypt, however, I’m considerably less optimistic. Have a nice 2012.