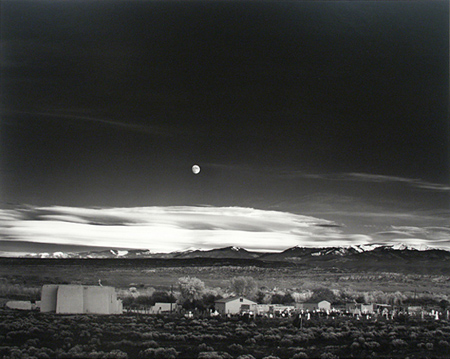 A Christmas Day treat for you, from Mahlerman…

That Johann Sebastian Bach was the most inspired master of polyphony (the mixing of two, or several, melodic voices) to arise since the dawn of Western music is no longer disputed, but it is worth reminding ourselves that he was nothing if not a practical composer, serving up music to suit the often limited forces to hand and, like most creative artists, rarely wasting a good idea. Never was this more true than in the mammoth six sections of the Christmas Oratorio. Unfortunate the man who finds himself in church having to endure it at one sitting – too many jubilant choruses, variable inspiration, and ‘cribs’ from earlier works transferred in a rather perfunctory manner. But then there is this majestic opening to Part One!

Notice how Gardiner gets the piece rocking and swinging in the first 20 seconds, the almost unbelievable virtuosity of the valveless trumpets, and a chorus from your dreams. What a way to get the day started!

Franz Gruber’s ‘Stille Nacht, Heilige Nacht’ was first heard 180 years ago at Midnight Mass in St Nicholas Church, Oberndorf, Austria. Today, around the world, it is as familiar as an old pair of slippers, the simple four note motif lodged in our subconscious and brought out just once a year. Simple is best with this miniature masterpiece, but that fact hasn’t stopped countless ‘arrangers’ from adding layers of slime to its simple frame over the years – and, in the case of arch-plagiarist John Williams (don’t get me started), ‘adapting’ it for the Alien’s tone row in Close Encounters of the Third Kind. The late Russo-German master Alfred Schnittke, a heroic branch of the family tree that started with Bach, embraced Mahler and Shostakovitch, even today has the power to shock. He reduced the piece to a violin and piano solo, and gave it as a present to the Russian virtuoso Gidon Kremer. It may not be your cup of absinthe, but tell me that it’s spooky beauty didn’t force you to think?

J S Bach’s exact contemporary was the great Anglicised German George Frederic Handel, whose life bore little comparison with the organ lofts of provincial Germany that were home to the great contrapuntalist. Bach knew very little fame in his own lifetime. Handel however, was recognized as a great man during his life, and exercised enormous influence upon musical taste – nowhere more so than Protestant, Old-Testament-venerating England, where his oratorios became virtually a musical supplement to the bible. Haydn, Mozart and Beethoven believed he was the greatest composer who ever lived, a view shared by the great English public, at least during the 19th Century. His great oratorio Messiah, first performed in Dublin on April 13th 1742, has formed the backbone of choral societies ever since that date, and sad will be the day when this sublime masterpiece starts to loosen its grip upon us. Here, the wondrous Confort Ye and Every Valley Shall Be Exalted, sung in the desert by John Mark Ainsley in a film by the ironic Franco-American auteur William Klein. The orchestra and choir of Les Musiciens du Louvre are conducted by Marc Minkowski.

The penultimate piece on this special day is a present to myself, which I would like to share with you. The simple falling cadences of Christmas Lullaby, by the Estonian Arvo Part here form a trinity of wonder that, for me, have the X-Factor. The non-vibrato soprano is the unique voice of Montserrat Figueras, who sadly died a few weeks ago. She is accompanied by her husband, the great Jordi Savall & Hesperion XXI. And lastly the stunning picture of the Holy Family is by Jan Brueghel the Elder, with the touching letter of ‘M’ for Mary, spelled-out in the exquisite flowers above her head.

Before I close the door on MMXI a sliver of absurdist poetry from a distant relative of our own Frank Key, the recently late, great Ivor Cutler, with ever-present wheezing harmonium. For Monica, and Simon + Rachel. They know who they are.