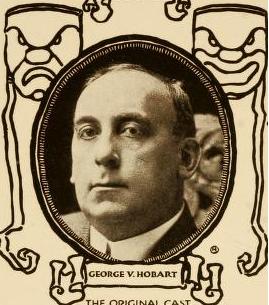 Jonathon Green introduces a hero of New York slang, once a bestselling author churning out smash hit after smash hit, now all but forgotten…

To the five hundred and seventy-five thousands friends who have made this series of John Henry books a success beyond all dreaming, my deepest gratitude.
To the Good Fellows of the Press who have looked upon John Henry with the Eye of Understanding, and who, realizing that these books were never intended to be more than an humble form of entertainment… I say thank you, with all my heart.
To the Busy Little Bunch of Newspaper Knockers who have so assiduously plied hammer and harpoon since this series began, I want to say that 575,000 John Henry books were sold up to March 1st, 1906.
There is your answer, O Beloved of the Short Arm Jab!
Ponder thereon, ye Little Brothers of the Knock-Out Drops, Five Hundred and Seventy-five Thousand books sold (and mine is twelve per cent, of the gross} while you are still drawing your little $18 per and still singing second tenor in the Anvil Chorus.
Now O, sweet-scented Companions of the Crimp, and Brethren of the Double-Cross, ask your weazened little souls what’s the use?

Reading Jon Hotten’s recent disquisition on reviews, I thought immediately of these magnificently self-confident lines, prefaced by the US humourist George Vere Hobart (1867-1926) to his book Skidoo!, published in 1906. Skidoo! was number 6 of a dozen books devoted to Hobart’s New York boulevardier ‘John Henry’. Launched in 1901 he was still going strong in 1914. And the defiant theme was recurrent, the nose thumbed, the finger of scorn displayed; only the sales figures changed: ever upwards

Yet for all his sales – and alongside ‘John Henry’ were plays and poetry, and several more fictional characters, Hobart remains elusive. Search and the George Vere Hobart you find is a British aristo, scion of the Earls of Buckinghamshire who gave us Hobart, Tasmania, governed Canada and numbered thus amid the great and good. But did not – assuming that Hobart was no remittance man – write hugely best-selling humour books from 1898 through to the 1920s.

Nor does Hobart give us much help. The John Henry series came out under the pen-name ‘Hugh McHugh’; while ‘John Henry’ himself was not the ‘steel-drivin’ man’ of folklore and ballad, but was, along with his friend Bunch and his wife Clara (or sometimes Peaches), an adornment of New York City’s brighter young people. (The evangelical preacher John Henry Hobart, 1775-1830, is presumably a mere coincidence).Not Mrs Astor’s exclusive 400, perhaps, but by no means bereft of what our devotedly slangy hero termed baubees, feathers, mazuma, salve and simoleons among much synonymous else.

Bereft of biography, we must insert a syllable and look to bibliography. Hobart seems to have debuted in 1899 with the verse collection Many Moods and Many Meters, a collection of rhymes which sometimes strays into the gruesomely mawkish, at others into drum-pounding patriotism (casus belli: the contemporary war with Spain) and which throws in the same cod-German made so successful by ‘Hans Breitmann’ (the earlier creation of slang lexicographer and Romani specialist Charles G. Leland). Hobart, writing as himself, also essayed two books of ‘gonversationings’ from one D. Dinkelspiel, another speaker of allegedly komisch-Deutsch; one more delineated the correspondence between Ikey, a Jewish drummer, out selling, or more usually failing to sell his father’s products. Here, however, there is no dialect: Ikey offers the latest slang; his father opts for standard American.

Hobart also put together Eppy Grams (1904) and Idle Moments in Florida (1921), mixing topical humour, prose and verse. He looked at the lower reaches of vaudeville with Jim Hickey: A Story of the One-Night Stands (1904) and penned such plays as What’s Your Husband Doing? (1917) and A Cure for Jealousy (1918). It was all very light though in 1914 came the glutinously preachy Experience: A Morality Play of Today, aimed at bringing Pilgrim’s Progress to New York City (complete with nightclubs, casinos and cocaine) but which even at the time must have made the cynics wince. 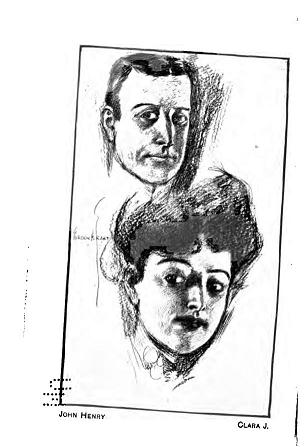 Cynicism, or at least a certain light-heartedness, informed his biggest hit, the John Henry stories, credited to the pseudonymous ‘Hugh McHugh’. The ever more popular series included such titles as I Need the Money (1903), Out for the Coin (1903), I’m from Missouri (1904), You Can Search Me (1905), Go To It (1908) and Boobs (1914). John Henry’s world seems to resemble a New York out-station of Wodehouse’s Drones Club, though chronology has one wondering whether the still unpublished Wodehouse might not have encountered, and drawn lessons from ‘McHugh’ on his first trips to New York c. 1902.

Hobart was not alone in his use of slang around the early 20th century. George Ade, as already noted here, made a career from it; such as Helen Green (The Maison de Shine), and C.L. Cullen (Tales of the Ex-Tanks, i.e. ex-alcoholics) knew a commercial language when they included it. And Hobart/McHugh joined in.

‘One day last week I was beating the ballast up Broadway when Pete,the Piker, declared himself in and began to chatter about cinches at the track. “Get the saw, Pete, and cut it,” I said; “it’s many a long day since I’ve been a Patsy for the ponies. Once they stung me so hard that for months my bank account looked like a porous plaster, so I took the chloroform treatment and now you and your tips to the discards, my boy, to the discards!”

Pete isn’t really a native of Dopeville-on-the-Fence, but he likes to have people think he knows the racing game backwards. And he does–backwards. In real life he’s a theatrical manager and his name on the three-sheets is Peter J. Badtime, the Human Salary Spoiler.

Pete had me nailed to the corner of Broadway and 42d Street for about ten minutes when fortunately Bunch Jefferson rolled up in his new kerosene cart and I needed no second invitation to hop aboard and give Pete the happy day-day! “Whither away, Bunch?” I asked, as the Bubble began to do a Togo through the fattest streets in the town.’ 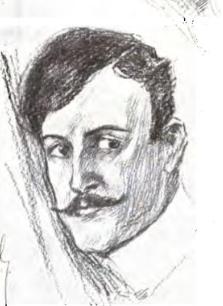 By the end sales were pushing a million. Yet for all his bravado and vainglory who knows, let alone reads Hobart now? Time has succeeded where the Anvil Chorus failed. The knockers knocked in vain, but the bell as ever tolled. And while the slang, or some, has lasted, it has proved fickle: the content has lasted but Hobart’s form might never have even been.