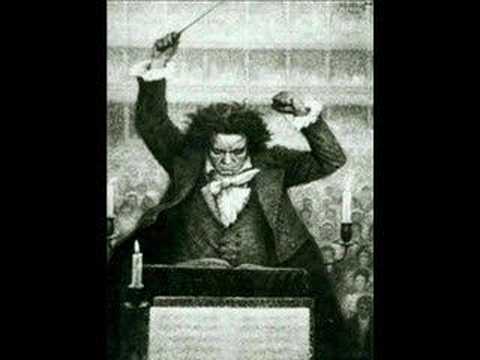 One of Beethoven’s many musical legacies is a superstition about the symphonic number 9. Today, Mahlerman looks at some  composers who might be said to have fallen at the ninth hurdle…

It is now almost universally accepted that the standard set by Beethoven early in the 19th Century with his cycle of nine symphonies is the benchmark by which any succeeding symphonic span must be judged. He was the first to attempt a marriage of the formal balance of the 18th Century, and the new Romantic world that he was helping to create. He completed the choral ninth just three years before his death in 1827, and since that date an ongoing myth has grown around the cycle, and the advisability of later composers to tempt fate by exceeding that number.

The reality is that, as a ‘fate motif’ it doesn’t really stack-up. Before Beethoven, both Mozart (41) and Haydn (104) had sailed past nine, and many greats and not-so-greats have done so since. It is more interesting to consider the vast shadow that Beethoven’s genius cast upon his contemporaries, and those that followed. Brahms fell into that dark space, taking twenty years to write the stormy masterpiece that became his first symphony, and then having to endure the moniker that followed it around, as being Beethoven’s ‘Tenth’. Franz Schubert, with unknowingly only 31 years available to himself, was about 20 before he was able to detatch himself from Beethoven’s influence and develop his own poetic marvels.

Today we dabble with a few masters who either fell at the ninth, tried to avoid it, or simply took another route.

Anton Bruckner had a tragic life but probably didn’t consider it in quite that way. Although he lived into his 70’s, he was ignored for most of his adult life. Mahler described him as ‘50% simpleton, 50% God’, and it is true that this devoutly religious Catholic had a childlike quality that remained into old age. He never married, but found the innocence of young women appealing, proposing once to a teenager but, being over 70, receiving a rejection. He loved beer, and rather odd, loose fitting clothing. He requested that his own coffin should be ‘roomy’. His own musical ‘God’ after Beethoven was, unfortunately, Wagner, whom he met several times but, so in awe was he, that he could barely speak, once simply kissing the hand of the old rogue.

Every one of his nine symphonies has a formal four-movement layout, and most have much of the alpine splendour and tremolando strings that are Bruckner’s principal claim to immortality. The Ninth in D Minor was indeed his last, but he completed only three of the planned four movements, and thus the piece ends with this majestic, deeply felt Adagio. Here another great Austrian, but a personality diametrically in opposition to Bruckner’s, Herbert von Karajan, conducts the VPO in Vienna’s Musikverein, and notwithstanding a rather grim horn-raspberry near the end, he shows all his legendary control in this music.

The beginning and end for many who admire the music of Gustav Mahler is his symphonic song-cycle Das Lied von der Erde (Song of the Earth) composed in 1908, three years before his death. He intended giving the piece the title ‘Ninth Symphony’, so putting the dreaded milestone behind him, and although he decided eventually not to do this, the end of Das Lied has a haunting, elegiac feeling, as if this tempestuous, compulsive little Austrian had felt the hand of death upon his shoulder. Anyway, it was not to be. A year later he produced his actual Ninth, the ‘last gasp’ ending of which, many of you enjoyed on Lazy Sunday a few months ago, with Abbado’s audience stunned into complete silence. After trying to avoid number nine, but eventually completing it, Mahler started on his Tenth Symphony, but managed just a couple of movements before the reaper arrived-but what movements. The symphony was conceived in five, and the uncompleted manuscript has been pored-over by countless musicians in the past 100 years. The best, and best known completion is by the English composer and musicologist Deryck Cooke, and it is that version of the last movement that is played here by Kurt Sanderling, who died three months ago at the age of 98, conducting the Berlin SO.

In Solomon Volkov’s book Testimony, first published in 1979 and since, rather discredited, he recounts the ever present fears of Dimitri Shostakovitch while he was composing, during the war and often under fire, his so-called War Symphonies. The seventh, famously composed during the siege of Leningrad and since named after that city, was a huge success and the eighth was openly declared counter-revolutionary and ‘anti-soviet’. Stalin and company took a very simplistic line. Why is comrade Shostakovitch composing ‘tragic’ music now? We are on the attack and destroying the Fascists. Comrade is behaving tragically – that means he is on the side of the Fascists. This could mean just one thing; his next symphony, the ninth, must be majestic, and celebrate the victory that surely would arrive, and did. To cap it, Stalin found the number ‘nine’ auspicious, and this symphony, composed in his honour, would allow him to say ‘There it is, our national Ninth’. But Dimitri Dimitriyevich had more courage than his frail appearance would lead you to expect, and biting satire was one of his oft-used trump cards. Instead of producing the empty bombast that the Party expected, he rolled-out a short, brilliant, classically proportioned four movements, with no (obvious) message. Stalin was incensed. No dedication, no chorus, no soloists, and no….apotheosis. Shostakovitch was lucky to survive, but survive he did, living another 30 years, producing another six symphonies and meeting, briefly, in St Patrick’s Cathedral, Dublin, myself. Here are the amazing Venezuelan kids, playing the Ninth Symphony like Russians, in Caracas.

It would have been easy today, to follow the brief more closely and include Schubert’s wonderful Ninth and last, or perhaps Dvorak’s universal American inspired E minor symphony, in modern numbering, his ninth. I was tempted by the ninth of the great Russian Alfred Schnittke, written with just his left hand after a series of strokes, but quickly remembered that his own Silent Night will be featured in the Christmas Bonanza next week at The Dabbler. And then I remembered the curious Ninth of dear Ralph Vaughan Williams, a staggering, youthful achievement for a man of 84, and heard hardly at all these days. The inspiration was said to be the Salisbury of Hardy’s Tess, but I can hear none of that. The white heat of this passionate man seems almost undimmed here, in the final Andante Tranquillo, with the old magic returning in the closing pages where two alto and a single tenor saxophone close out the last page with the aid of dreamy concert harps. 84 – think about it!

8 thoughts on “Falling at the Ninth”