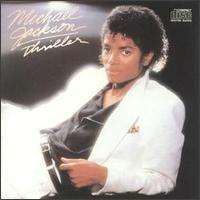 When I was asked to write about dairy based cocktails, my head was immediately filled with the sound of Calvin Harris singing “it was acceptable in the 80’s”. Fortunately, it’s a short song, so it wasn’t long before I was able to focus on the task at hand.

Fashions in what we drink are just as susceptible to change as fashions in music and clothing. Back when Michael Jackson was black and neon leg warmers were worn without even a hint of irony, the cocktails we drank were – by today’s standards at least – questionable. The impact of 80’s cocktails in undeniable: the success of the 1988 film ‘Cocktail’ (which has haunted me since the beginning of my professional career) showing the extent to which cocktails had permeated popular culture. Any time you find yourself in a bar ordering a ‘Woo Woo’, a ‘Blue Lagoon’ , or even (dare I say it?) a ‘Sex on the Beach’, you are drinking directly from the bar-roladex of 1980’s recipes. And yet, while these particularly sweet concoctions are still very much in circulation (despite my best efforts), their dairy based equivalents seem to have slipped gently into retirement. If you fancy bringing them back, either at home or in your bar, read on for some inspiration.

Before we start, a few words of advice: one of the reasons that diary based cocktails fell out of favour in commercial venues is the mess they create. Milk and cream are not the bartenders friend, and any equipment you use in creating a drink with these ingredients will need to be washed thoroughly before it can be used again. Failing to do this could easily result in curdling, when fruit acids react with dairy: the ‘cement mixer’ (a shot with Baileys and lime cordial which I strongly advise against trying) is a rather extreme example of the result this would bring. Which brings me to my next point: to help avoid curdling, rather than using cream or milk, I suggest using both. Mix full fat milk with single cream in equal measures – this is what we refer to as ‘half and half’, for obvious reasons.

One of the earliest dairy based cocktails still with us today, the Brandy Alexander is said to have been created in 1922 for the wedding of Princess Mary to Viscount Lascelles in 1922. It utilises what has since become a classic proportion for dairy drinks:

Shake all the ingredients together over ice, and strain into a frozen cocktail glass. Garnish with a touch of grated nutmeg.

The Grasshopper is one of the most easily recognised dairy cocktails, identifiable at twenty paces by its green hue. Although it is reputed to have originiated in the Southern States of the USA around the 1950’s and 60’s, it wasn’t until much later it became popular here as an after-dinner drink. Here’s how to make it:

Put all the ingredients into a shaker, shake over ice, and strain into a frozen cocktail glass. Garnish with a mint sprig. 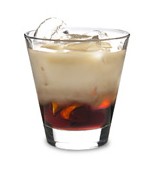 The White Russian was permanently etched into popular culture with its starring role in the Coehn Brother’s film The Big Lebowski, as the favoured drink of the main character ‘The Dude’. It worked its way into my heart for quite different reasons: it can be built directly into the glass, meaning the rest of my equipment stays clean! The only difference between the White Russian and the Black Russian is the addition of cream in the former (though some prefer to add cola to the latter), and neither is actually Russian in origin – the name is simply a nod to one of the key ingredients: vodka. To make it, simply fill a tumbler with ice, and slowly pour in:

Then gently pour some single cream (or half and half) over the top, so that it floats on top of the other ingredients. Mix it all together with a straw before drinking if preferred, but a note to bartenders here: this is for your customers to do at their leisure, not for you to rush at with a shaker in hand. 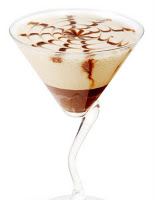 Variations of this recipe exist in numbers generally reserved for discussing banker’s bonuses, but the basic format is as follows:

Shake all the ingredients over ice, then pour into a tall glass over fresh, cubed ice. If there aren’t enough calories in there for you, add a couple of scoops of vanilla ice cream, and blend. This can then be served in the same glass, but without the need for ice. If you want to serve it up in place of a dessert (rather than afterwards), add an Oreo cookie into the blender for a decadent milkshake – with a noticeable kick!

So there we have four of the most famous dairy based cocktails around. Looking through them, it is curious that they should have fallen out of favour whilst the filling-inducingly sweet drinks of the same era maintained their popularity. Maybe, just maybe, this is the start of their resurgence? If Vanilla Ice can come back and still be considered a celebrity, anything is possible.