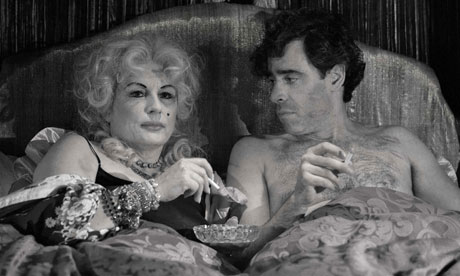 The recent 50th birthday of Private Eye, Britain’s leading satirical magazine, was marked by an avalanche of glowing media tributes. But for Christopher Booker, its first editor and still an important contributor, they have not been quite glowing enough. In a guest piece for this week’s Spectator he complains:

…none of these tributes has done justice to by far the most important ingredient in Private Eye‘s distinctive character. Drawing most journalists’ attention have been two of the three main parts of the magazine, its gossip and investigate journalism. But these on their own would never have given Private Eye its unique role without that third ingredient, which has been at the heart of the magazine for longer than either: the parodies and spoof news items known to those who write them as ‘the jokes’.

I think I can help explain why ‘the jokes’ were strangely absent from the accolades to your magazine, Mr Booker. It is because they are not funny. This has been the case for at least as long as I’ve been (infrequently) buying Private Eye – about 15 years or so. Absorbing yes, often juicy, but funny? With the honourable exception of Craig Brown, not even close.

One reason why [the jokes have] remained something of a mystery is that, almost since the beginning, it has been written anonymously and collaboratively by a little team of contributors whose joke-writing sessions, hidden away in the editor’s office, have never been witnessed by any outsider.

Now I can easily imagine that for the first twenty or thirty years of Private Eye Booker and his “little team” (Willie Rushton, Richard Ingrams, Barry Fantoni and later Ian Hislop (“the only outsider capable of joining in with the peculiar alchemy of our collaborative joke sessions”)) were extremely funny, especially when joined by Peter Cook. But today I defy anyone outside of that mirthful editor’s office to manage two titters per issue, never mind a belly-laugh. The comedic zeitgeist has left Private Eye a long way behind. The parodies are lame, the satire heavy-handed and obvious. Even the cartoons look like what they are – cheap space-fillers for the second-division gags not good enough for the dailies or The Spectator. There shouldn’t be any surprise in this – imagine how tired the surreal links would be now if the Pythons had carried on writing the same sort of sketch show in the same sort of way for 50 years. Funny moves on – for topical laughs today we must turn to the subtler, more knowing pleasures of snarkery, and to women: Caitlin Moran in The Times and Marina Hyde in The Guardian knock Hislop’s common-room smart-arses into a cocked hat.

Not that hilarity is a must for good satire. Political comedians are rarely actually as funny as observational or surreal stand-ups. But it does need to be angry and nasty, and it does need to be outsider. Private Eye is, at most, grumpy and snidey, and it is certainly no longer outside the Establishment. Which brings us to The Comic Strip and their curious latest outing The Hunt for Tony Blair (Channel 4, Friday 14 October 9pm – now available to view on 4OD). Curious for many reasons, foremost being the choice of target. Blair and the Iraq War has been done many times before and the key events all happened eight years ago so everyone has by now made up their minds on the people involved. Curious also in the way it was done: as a super-silly 1940s film noir set in the sort of 1950s or 60s.

Two bits were funny: Nigel Planer’s pitch-perfect Peter Mandelson, and the running gag about the plethora of memoirs that have been published since the period, with the major players constantly referring to page numbers of their own books. Otherwise it was either pointlessly obvious (Gordon Brown as a psycho; Alastair Campbell was Harry Enfield doing a watered-down Malcolm Tucker) or oddly bloodless (Cherie got off very lightly). Stephen Mangan was fun as Blair himself, and the whole thing zipped along quickly, but as silly comedy it wasn’t rib-tickling enough (Channel 4’s similar Star Stories were much better) and as satire it was no more than this: an exercise in petty catharsis by a left-liberal media establishment driven not by righteous rage but by the post-Iraq embarrassment of knowing they cheered Blair’s New Labour to the rafters in 1997.

The fact is that political comedy today is nearly all feeble because it is nearly all safe Beebish soft-left. There is one shining exception and we have to import it from across the Pond. In 2004 Trey Parker and Matt Stone made Team America, which remains the funniest and best satire on the War on Terror because it ruthlessly and systematically takes the piss out of absolutely everyone, from gung-ho hawks (the immortal catchphrase “America! F*** yeah!”) to bleeding-heart celebrity dictator-lovers like Sean Penn. The Hunt for Tony Blair, even where it attempted satire, stuck solely to the obvious targets and left the Left (George Galloway? Red Ken?) untouched. The achievements of Parker and Stone should not be underestimated: South Park has been running for 14 years yet, unlike The Comic Strip and unlike Private Eye, it remains tirelessly, viciously, hilariously outside.