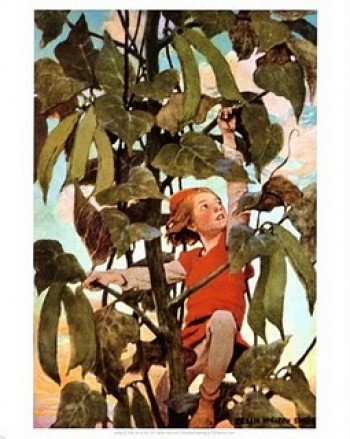 As the Rugby World Cup hots up Gaw considers why Wales backs youth and admires craftiness.

This Saturday Wales play Ireland in one of the Rugby World Cup quarter-finals and look an exciting prospect. The credit for how they’re playing is going to a talented group of young players:

Teenage wing George North, fly-half Rhys Priestland, centres Jamie Roberts and Jonathan Davies and back-rowers Sam Warburton [the youngest captain in World Cup history], Toby Faletau and Dan Lydiate are all tipped to start against Ireland in Wellington and all are under 24.

Then the season before last Tom Prydie played on the wing against Italy – despite having only played a total of seven minutes for his region when selected for the squad – becoming the youngest ever player to be capped by Wales at a little less than 18 years and one month. There are plenty more examples.

I believe Wales is unusual in this. The only country that I can think of that has a similar track record is Australia (at least according to my entirely non-statistical, sort-of-just-what-it-seems-like analysis). It’s certainly a different path to that taken by England, where on the rare occasion a youngster is picked, he’s usually dropped soon after rather than backed to learn and improve (Danny Cipriani (20), most recently and egregiously, and before that Matthew Tait (17)).

I suspect there’s something of a cultural reason for this willingness to back youth. Wales is a small nation with a big and powerful neighbour and it’s had to rely on cunning and cheek to keep its end up. In such a culture, crafty – not to say cocky – little buggers are highly valued (“bugger” is an affectionate Welsh term and is not to confused with the similarly spelt swear word).

Think of Jack’s character in Jack and the Beanstalk (top, in Welsh jersey and cap) – he’s a plucky and rather irresponsible lad who lives with his Mam but he still manages to outwit and outrun the Ogre, who in my story book looked the spitting image of Donncha O’ Callaghan (he also claimed to smell the blood of an Englishman, but never mind about that). Mind you, I’d probably back George North – whose 19 years have only just outstripped his 17-and-a-half stones – in a head-on collision with an Ogre.

This phenomenon also explains why the Welsh place such emphasis on the fly-half position, often filled by one of the smallest but most influential players on the pitch. The Welsh talk of the classic fly-halfs as being ‘wizards’ or refer to their ‘magic’. I suspect this is some sort of cultural relic left over from the legends of Myrddin (Merlin). Magic is a type of craftiness and is also to be relied upon when challenging a more powerful enemy.

The Welsh have turned something of a necessity into a prized virtue. They love expressive and crafty play. For good reason – it’s often been very effective. At the bottom is some footage from another Celtic encounter, the classic 1971 Scotland vs Wales match that I particularly enjoy because it contains some wonderful breaks by the legendary Gareth Edwards and the magical Barry John, who “flits like a little phantom” in the commentary, a reminder of the homely eloquence of the late Bill McLaren.

Unfortunately, we’re very unlikely to hear such great commentary this Saturday. But otherwise it has the potential to be an intriguing classic: half of the similarly on-form Irish squad are 30 or older.