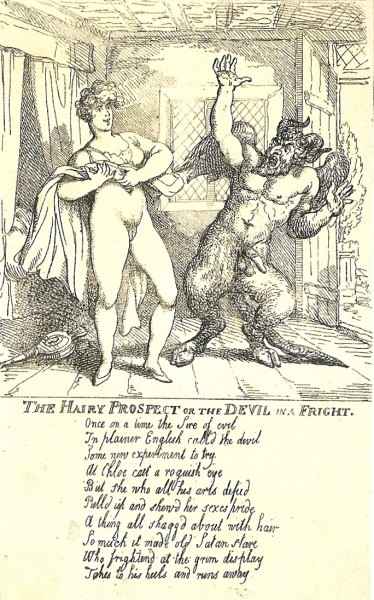 Jonathon Green introduces his favourite collector of slang (and an ancestor of The Dabbler’s very own Jon Hotten), John Camden Hotten…

SLANG represents that evanescent, vulgar language, ever changing with fashion and taste,…spoken by persons in every grade of life, rich and poor, honest and dishonest…Slang is indulged in from a desire to appear familiar with life, gaiety, town-humour and with the transient nick names and street jokes of the day….SLANG is the language of street humour, of fast, high and low life…Slang is as old as speech and the congregating together of people in cities. It is the result of crowding, and excitement, and artificial life. It is often full of the most pungent satire, and is always to the point. Without point Slang has no raison d’etre.

Thus John Camden Hotten, author of ‘A London Antiquary’ of Modern Slang, Cant, and Vulgar Words. Published in 1859 it became The Slang Dictionary in 1864 and was still being revised at his death. For me, this is slang’s best definition, and Hotten my favourite collector.

John William Hotten (‘Camden’ came later) was born in St John’s Square, Clerkenwell (Johnson had worked there at the Gentleman’s Magazine), on 12 September, 1832. At fourteen he was apprenticed to a Chancery Lane bookseller. During that employment he was supposedly thumped with a large quarto edition by the historian Macaulay, irritated by the young man’s failure to make change sufficiently speedily. In 1848 he and his brother sailed for America, a trip that, according to Mark Twain, was necessitated by Hotten’s having been caught out selling his master’s stock for his own profit. First stop was ‘the West India Islands, which was to be the field for a Robinson Crusoe scheme of adventure’ with the Hottens narrowly avoiding shipwreck and landing with ‘two chests of books, and two chests of tools and fire-locks—the latter we thought necessary to build and protect there a wooden house or castle we decided upon building.’ The castaway life lasted six weeks before the brothers moved on to America and separated.   He worked as a miner then freelance writer, and in 1856 re-emerged in London and opened a bookshop at 151b Piccadilly. With success he expanded at 74-75.

Contemporaries judged him ‘fast’ and definitely modern. A workaholic. Writing his obituary for the Bookseller, Hotten’s friend the bibliographer Richard Herne Shepherd laid out a day that lasted, with the briefest of lunch breaks, from ten in the morning to nine at night. And after that work, or even an aspirant author, would be taken home. There was, Shepherd suggested, ‘something heroic in all this, even if of a degenerate modern kind’.

Hotten died on 14 June, 1873, either of ‘brain fever’ or, as some claimed, of a surfeit of pork chops. Swinburne, less than grateful, noted that, ‘When I heard that [Hotten] had died of a surfeit of porkchops, I observed that this was a serious argument against my friend Richard Burton’s views on cannibalism as a wholesome and natural method of diet.’ An anecdote, featuring either the poet-sociologist George R. Sims or the American Ambrose Bierce (later author of The Devil’s Dictionary), tells how a writer appeared at the bookshop brandishing a cheque that had bounced. He commenced shouting only to discover that those present thought he was an undertaker, and informed him that the publisher had just died. It was definitely Sims who is credited with the last word: ‘Hotten: rotten, forgotten’.

Hotten is not forgotten. Modern Slang was a hit: it sold out quickly, was rapidly reprinted and ran to several editions. It remained the authoritative work for nearly forty years. Hotten made substantial advances in every aspect of his task. For the first time ever, a slang dictionary offered an overview of its subject. Hotten prefaced his work with a ‘History of Cant, or the Secret Language of Vagabonds’ and a ‘Short History of Slang, or the Vulgar Language of Fast Life’. His histories of both speech varieties – the differences between which he was the first to explain – are extensive, if not always conclusive. A glance at the running heads gives a flavour: ‘Vulgar Words from the Gypsy’, ‘The Inventor of Canting Not Hanged’, ‘Swift and Arbuthnot Fond of Slang’, ‘The Poor Foreigners Perplexity’.

He has lists of rhyming slang and of back-slang, both prefaced by a brief history and discussion. There is, again for the first time ever, a Bibliography of Slang and Cant, listing some 120 titles, plus his own critical comments on each. Hotten stresses that above all this is a dictionary of ‘modern Slang – a list of colloquial words and phrases in present use – whether of ancient or modern formation’. He opts to exclude ‘filthy and obscene words’ although he acknowledges their prevalence in street-talk and deals at length with oaths. He touches on jargon, without describing it as such, and thus deals with the terminology of the beau monde, politics, the army and navy, both high and low church, the law, literature, the universities and the theatre. He has a list of slang terms for money, one of oaths, one for drunkenness and deals with the language of shopkeepers and workmen. It is, for a relatively condensed work, a little over 300 pages in all, a great achievement.