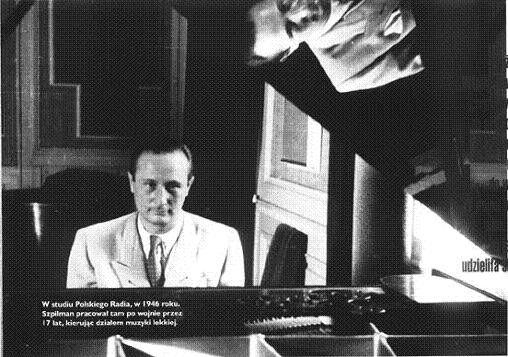 Today’s 1p (or in this case, 1 cent) book is recommended by guest reviewer Michael Schauerte…

Tomorrow I must begin a new life. How could I do it, with nothing but death behind me?

Wladyslaw Szpilman’s new life began in January 1945. More than five years of death were behind him, stretching from the Germans’ attack on his native city Warsaw in 1939 to their systematic destruction of it following the August 1944 Warsaw Uprising. And in the terrible years in between Szpilman, a Polish Jew, had been forced to live in the Ghetto, along with his parents, brother, and two sisters.

A concert pianist and composer in the prewar years, Szpilman managed to support his entire family by playing the piano at cafes in the ghetto. Like nearly all of the half-million Jews packed into the ghetto, however, his family was destined to die in a death camp, Treblinka, where they were sent in 1942. Szpilman escaped their fate by sheer luck, when a Jewish policeman literally threw him out of harm’s way (for the time being).

Szpilman was able to begin his new life in 1945 by writing about his terrible experiences in a book published the following year, now titled The Pianist. As his son explains in the foreword to the English edition, the book “enabled him to work through his shattering wartime experiences and free his mind and emotions to continue with his life.”

Perhaps because the author’s need (or hope) to continue living – not just existing but truly living – is at its origin, The Pianist does not leave the reader in despair, even though Szpilman never glosses over the horror of what he experienced. I’m not sure if I can explain how Szpilman manages to recount a tale of utter misery and terror in a way that leaves room for hope. It is certainly not the result of harping on some abstract (Holllywoodesque) idea of humanity or art winning out against the forces of evil.

Szpilman’s writing style does contribute to the book’s curious tonic effect. He writes in clear sentences interspersed with dry humor. Some might attribute the “simple” style to the fact he was not a professional writer, but perhaps Szpilman drew on his experience as a musical composer to fashion such a high-tempo memoir, so artfully arranged.

Instead of starting in exact chronological order, the book begins with a magnificent sort of montage, describing the Warsaw Ghetto cafes where he played piano, with their very different clienteles, and the terrible sights he encountered as he walked home at night. In just a few pages he gives us the lay of the land and sketches the subtle differences in attitude and class position among those condemned to live in the Ghetto. His job afforded him a view of many different corners of the ghetto and he coolly explains what is going on around him from a detached yet democratic perspective – the ideal narrator. Moreover, Szpilman did not censor his observations according to some political ideology that would have required squeezing everyone into the mold of hero or villain.

For instance, he shows us the Jewish policemen who assisted the round-ups for the concentration camps and recognizes that his stubborn brother Henryk “had been right when he refused to join the police and described them as bandits.” But Szpilman also explains that these collaborators had once been decent men and that “their natures changed” when they put on their uniforms.

Even when depicting the Lithuanian and Ukrainian fascists who roamed the ghetto to torment and kill Jews, Szpilman is careful to distinguish these psychopaths from their sane compatriots, and even tries to explain their insane behavior:

Every war casts up certain small groups among ethnic populations: minorities too cowardly to fight openly, too insignificant to play any independent political part, but despicable enough to act as paid executioners to one of the fighting powers.

I find it remarkable that Szpilman tempered his anger enough to avoid the soothing yet simplistic (and dangerous!) idea that an entire nation is “bad” (or “good”) or that the “human race” itself is beyond hope. Perhaps he could find this equilibrium because he had also encountered so many remarkable people in wartime Warsaw, both inside and outside the ghetto walls. Some were heroes of the Warsaw Ghetto Uprising and later Warsaw Uprising, and many were just decent ordinary people like his parents.

The memory of these people must have sustained Szpilman’s sense of hope as he embarked on his new life after the war. And the memory of people like Szpilman is a source of hope as well.

If you would like to recommend one of the thousands of great books that can be bought online for a penny, email your review to editorial@thedabbler.co.uk

4 thoughts on “1p Review: The Pianist by Wladyslaw Szpilman”