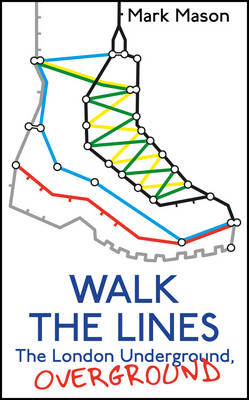 This month’s Dabbler Book Club selection was Walk the Lines by Mark Mason (buy it here). Below, Worm and then Gaw let you know their thoughts. But what do you think? Please do let us know in the comments.

This is my favourite line from this enjoyable book, which I romped through at a pretty brisk pace. Author Mark Mason’s writing style is light and airy, and thankfully stays just this side of forced Bryson-bonhomie, but it is the subject matter that carries Walk the Lines along. We all know that London is a city that has its own personality and life to the extent that authors the world over clamour to write biographies about it. The likes of Peter Ackroyd encourage us to think that boroughs are like people with their own unique personality, and we take this for semi-granted, accepting that a random collection of streets, buildings and unrelated inhabitants can somehow differ in key ways from the area over the street with another postcode. I don’t live in Kings Cross, I live in Barnsbury.

I think you need to have at least visited the city a few times to really find interest in the book, because the fun is in the thrill of the familiar. Ah, you say, I too have noticed that building or that statue or felt the same reverse snobbery at the sort of people you see on that west london street. Learning about London, gaining the knowledge, appeals to men in particular because it allows them to cultivate a connoisseurship, i-spy for adults, challenging yourself to mine ever more obscure seams of myth beneath the surface. Arming yourself with facts. Enquiring of the city leads down dark alleys to the transcendental; the layers upon layers of lives and knowledge forming something alive and fathomless. By learning about small corners of London we can stamp out a small self-justification for being there. It’s a big scary place out there in the city and you’re insignificant within it; In small doses that feeling of unknowableness is very thrilling, but mind the gap.

I’d certainly recommend the book as a light read if you’ve ever lived in London, Mason has managed to make a factual book page turning, it never becomes too dry or too flippant and he comes across as a young-spirited and likeable guide. Overall a fun journey, and the best part for a Londonophile like me is that many of the facts that he crams in are new to me. I particularly liked this quote smuggled into the chapter on the Northern Line

“Albert Speer, while incarcerated in Spandau prison, walked from Berlin to Heidelberg. He achieved this by completeing 2,000-odd (very odd) laps of the prison garden. After this he sought a new destination. Fellow prisoner Rudolf Hess suggested Asia, but Speer rejected this as it would mean walking through several Communist countries.”

Gaw: Walk the Lines, wherein Mark Mason walks the entire London Underground network – above ground – is a superb guide to the more recondite aspects of the city. I regard myself as something of a London history and geography nerd and yet I found it full of new facts. What’s more, despite encompassing over 300 pages of trekking from one station to another it keeps you engaged. Mason is an entertaining and very likable guide.

However, by the time I’d finished it I couldn’t help thinking there was something missing at its heart. Mason sometimes reflects on why he’s putting himself through it all – explanations run along the lines of ‘because it’s there’, ‘it’s the sort of thing obsessive men do’ (definitely men), ‘it’s a great way to get to know the City in its entirety’ (and we can add ‘because it seemed a good idea to pitch to a publisher’). He doesn’t really nail it though. For me, the word that constantly sprang to mind, but as far as I recall isn’t mentioned once, was ‘pilgrimage’.

Mason’s trip has all the appurtenances of a pilgrimage. He undertakes a long journey to places of arcane significance. En route he experiences various forms of mortification: his feet are sore, his joints hurt, he travels overnight and sleeplessly, he gets swelteringly hot and uncomfortably cold. OK, he’s not clambering bare-foot over rocks on his way up Ireland’s holy mountain (bottom) – I suppose this is more like the gradually exhausting trek to Santiago de Compostela.

He tells us he spends hours poring over maps in search of what appears to be more than cartographical meaning. I wondered whether he was hankering after something like those medieval maps with Jerusalem at their centre: with a self-evidently transcendent significance, they’re literally constructed around the act of pilgrimage. Then there’s his sequential visiting of stations – an echo of the Stations of the Cross?

At a couple of points he remarks how strangely unsatisfying it was to see the city from the top of a tower: he concludes by the end that this was because he was hankering after a higher view, one which might allow him to see the landscape laid out in its entirety as if it were a map. He worries this might indicate a God complex. But isn’t it rather obvious that he’s experiencing a desire to rise above earthly things, to get closer to something transcendent? It’s a sublimation of a spiritual urge.

Before you dismiss these as the blatherings of a God-botherer, blatherings they may be, but God-botherer I ain’t. I just think it’s difficult to finish Walk the Lines without the sense that modern, Godless man misses the sacred in his life, and sometimes tries to fill the void with the empty shell of ritual. Made-up ones, if need be.

As James George Frazer wrote in The Golden Bough:

…men continue to do what their fathers did before them, though the reasons on which their fathers acted have been long forgotten. The history of religion is a long attempt to reconcile old custom with new reason, to find a sound theory for an absurd practice

The Tube map is a perfect example of how a post-Enlightenment rationality can convert the exigencies of the natural into something logical and functional. It suppresses actual distances and locations and imposes its own internally coherent logic on the world. One wonders whether Mason’s walk along the real geographies of the Tube lines is a subconscious rebellion against this unnatural rationality. But if it is, it’s a rebellion to no real end. There’s a God-shaped hole in the Tube map, one which a seemingly unknowing Mason very neatly outlines in the ritual course of his walks. 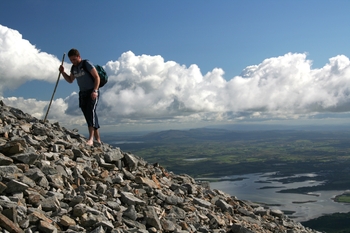 6 thoughts on “The Dabbler Book Club Review: Walk the Lines by Mark Mason”