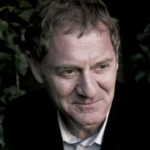 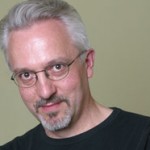 Dabbler Book Club members! We have two free tickets to give away to you for Writing on Houses – Dwelling on Dwelling, an evening of discussion on 19th September at King’s Place in London about the relationship between houses and literature involving Alan Hollinghurst (author of the Book Club’s choice for August), Andrew Motion and Rowan Moore.

Whether providing inspiration, patronage or refuge, houses have for centuries influenced the art of writing. And with poetry, essay and novels enjoying their own internal architecture, the relationship could be said to be a formal one, too. Join former Poet Laureate Andrew Motion, Man Booker Prize winner, Alan Hollinghurst, and Observer architecture critic, Rowan Moore, to discuss the idea of houses and literature, through history and imagination, and their enduring exchange.

It’s organised by our friends at Macmillan, who have kindly provided these tickets to members of The Dabbler Book Club.

One of the editors having been present at his local butchers when Mr Motion popped in to order a few chops, we would recommend attending just to hear the poet’s impressive tones. Never have chops sounded so elevated.

Winners will be drawn randomly and the tickets will be awarded as a pair.

Ts &Cs: Entrants’ only eligible if members of The Dabbler Book Club. Membership means you will receive occasonal emails from us about the next monthly book and other offers. However, we will not pass your details on to any third party and you can unsubscribe at any time by emailing editorial@thedabbler.co.uk and requesting to be unsubscribed. Winners will be drawn at random from the Dabbler Book Club members at 5pm on 31 August 2011 and be informed by email. The judges’ decision is final. The Dabbler reserves the right to offer an alternative prize or to offer no prize and withdraw the competition at any time for any reason. More competitions are available at Free UK Competitions.