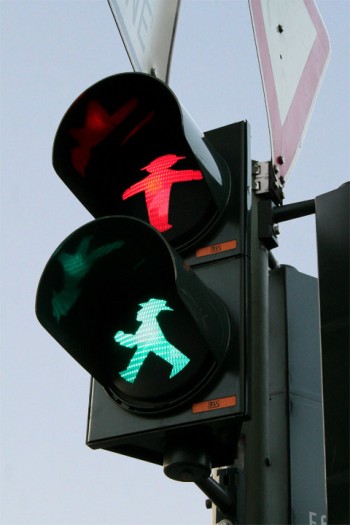 Jason Webster is the author of five books on Spain, including Duende, which has been translated into a dozen languages. Or the Bull Kills You is the first in a series of detective novels involving Chief Inspector Max Cámara of the Spanish National Police. The second novel, Some Other Body will be published in UK by Chatto & Windus in February 2012.

I’ve recently been in Germany, travelling with a tour group to visit sites associated with the Nazis and the Third Reich. (If you’re interested, it was organised by Historical Trips Ltd – www.historicaltrips.com – I can highly recommend it.)

It was a very intense journey – perhaps the most intense I’ve ever been on. We went to Munich (the birthplace of the Nazi party), Dachau, Berchtesgaden (a kind of Nazi playground in the Alps), Nuremberg and finally Berlin to visit Wannsee, where the Holocaust was thrashed out during a ninety-minute meeting over cakes and cigars, and Sachsenhausen concentration camp.

And what we saw was chilling, in more ways than one.

We’ve been so saturated in our culture by the Nazi story and the Holocaust that the figures cease to have any real meaning. As Stalin famously said, ‘One death is a tragedy; a million is a statistic’. Nothing, however, none of the books, films and TV documentaries, prepared me for the awfulness of seeing gas chambers and ovens for myself. So much of that period of history – which has shaped the world we live in to an enormous extent – begins to make more sense when you see places associated with it in situ. Would the Nazis have been so adolescently pompous and bombastic if they hadn’t grown out of Bavaria, with its twee and rather odd folk customs (two men in lederhosen cracking whips in a Munich beer hall in time to oom-pah-pah music is a sight I shall struggle to forget)?

It sounds flippant, and it’s not the kind of thing we’re supposed to say any more – criticising a national or regional culture is tantamount to blasphemy in these obligatorily tolerant times. But I’m trying to make a serious point.

Because what I saw in Germany makes me think that despite beginning to recognise what happened in their country in the 1930s and 40s, and opening up some new and quite marvellous museums centred on the period (the Nuremberg Rally Grounds is a case in point), I wondered, while I was there, if Germans have really learnt the lessons from that time.

Try crossing the road in Munich when the little man is still on red and you’ll see what I mean. You’ll be lucky if all you get is an earful; the chances are you might even get pulled back to the pavement. Berlin is slightly better, but you’ll be on your own while the other pedestrians hang back, waiting for the man to change to green.

OK, so Germany isn’t the only place where this happens; jaywalking is illegal in some countries. But it’s relevant.

The point is that you have to wonder how much of the success of the Nazis was due to a conformity and adherence to rules that characterise German culture. Talk to anyone who’s spent time in Germany and it’s a bit of a joke – how you can’t park on the wrong side of the road, or hang out your washing on the third Sunday in the month – or whenever it is. We laugh about it.

Yet this strictness about laws and regulations and its ultimate consequences came home to me when we were visiting the Wannsee Villa. A very thoughtful Dutch woman showed us around, and she mentioned two things I shall never forget.

Firstly, that many of the men in the SS death squads operating in eastern Europe, rounding up and shooting hundreds of thousands of Jews, were not paid-up members of the Nazi party. A large number of them were ordinary policemen, lawyers, doctors and architects with wives and children at home, who had been drafted into the Einsatzgruppen. They did not have to do what they did. No one was pointing a gun at their heads ordering them to commit mass murder. Yet they did it nonetheless. (Several books have dealt with this, including Daniel Goldhagen’s Hitler’s Willing Executioners, and Christopher R Browning’s Ordinary Men.)

The second point our guide mentioned was that German Jews who were ‘deported’ weren’t harried on to the cattle wagons; they were sent a letter telling them to report at a certain place at such-and-such a time, carrying no more than 50kg of luggage, and all of this preceded by the ‘legal justification’ for why the deportation was taking place. And the vast majority did what they were told. They showed up, they got on the trains, and almost none of them were seen again.

Isn’t that just a bit odd? Of course they didn’t know they were going to death camps, but even still.

Another statistic: 0.2 per cent of Germans were active in the anti-Nazi resistance. That’s not a huge percentage. And when you visit the Museum of the German Resistance in Berlin, the photos of those who tried to defy the regime barely fill one wall. Of those the most well-known, Claus von Stauffenberg, only made his move in July 1944, eleven years after Hitler came to power and at a time when it was clear that Germany would lose the War.

Museums are all very well, however, but what about the culture and norms of behaviour that only increase the chances of an authoritarian – and brutal – regime? What about dealing with that?

As the writer Christopher Hale, author of Hitler’s Foreign Executioners, wrote to me, ‘The Germans present these very ‘neutralised’ exhibitions, like the one at the Topography of Terror [in Berlin]. It’s as if they are saying, “We will atone by revealing what our forebears did, but won’t tell you why they did what they did. If we did that, we’d have to acknowledge aspects of our political/national culture that we refuse to discuss”.’

From what I saw over the course of an admittedly short trip – eight days – I think he’s right.

At the end I left Germany and headed home to Spain. And here people park in the middle of the road, they drive through red lights, they laugh at their leaders and generally disobey the rules. It’s chaotic, annoying, and it doesn’t work. But I thank God for it.

All countries at one time or another can go through a dark, authoritarian period. That’s not the point. The point is to ask what exists in the culture that kicks against that, that can prevent it ever coming about, or at least limit its progress or success.

Forget balance sheets and GDPs. The more I saw on our tour of the Third Reich, the more I felt that rebelliousness and bolshiness – with a strong sense of humour thrown in – is the best measure of how healthy, or otherwise, a society really is.

29 thoughts on “Reasons to rebel”