As regular readers might know, I’ve written a novel. I took its title from a Hardy poem, Midnight on the Great Western (you can buy Region of Sin for Kindle here).

This has been one of my favourite poems since I first read it as a teenager, more than likely whilst, and despite, studying for some dismal exam. It’s hardly surprising that it appealed. Also known as The Journeying Boy, it offers a glimpse of a dreamy, listless boy. He’s on the move, probably making the bumpy journey to manhood as much as to any particular place. It’s a concentrated piece of narrative, as economical in its story-telling and creation of mood as a pop video.

It’s remarkable that Hardy managed to evoke so precisely the restlessness of the classic teenager – that combination of aspiration and disaffection – such a very long time before anyone had invented the term with all its connotations. Even more impressive, he may well have done so as an old man; it was published in Moments of Vision in 1917, when the poet was 77 (though I assume the poems collected here were written across the course of his life).

Benjamin Britten (right) put the words to music as part of his 1954 Winter Words song cycle. It be interesting to hear what some pop artificer like Neil Tennant (bottom) might do with it. We’ve already pretty much story-boarded the video, which would, no doubt, incorporate shots of boys looking yearningly out of windows as shadows flit over them. Classic ’80s stuff: Journeying Boy meets West End Girls.

By the way, just to top and tail my plug, Hardy features in other ways in my book, which is, and I quote the blurb,

A novel of excitement and intrigue where corruption, international finance, espionage and terrorism intertwine to fatal effect, and where only love can offer redemption.

Perhaps as unlikely an accompaniment to the poetry of Thomas Hardy as the Pet Shop Boys. But what would you expect from a dabbler?

Midnight on the Great Western

In the third-class seat sat the journeying boy,
And the roof-lamp’s oily flame
Played down on his listless form and face,
Bewrapt past knowing to what he was going,
Or whence he came.

In the band of his hat the journeying boy
Had a ticket stuck; and a string
Around his neck bore the key of his box,
That twinkled gleams of the lamp’s sad beams
Like a living thing.

What past can be yours, O journeying boy
Towards a world unknown,
Who calmly, as if incurious quite
On all at stake, can undertake
This plunge alone?

Knows your soul a sphere, O journeying boy,
Our rude realms far above,
Whence with spacious vision you mark and mete
This region of sin that you find you in,
But are not of? 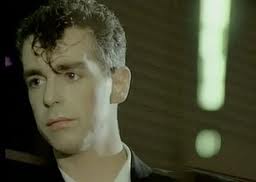