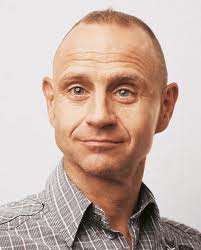 Is Evan Davis the most modest man in Britain? In a recent Sunday newspaper Q&A he was asked whether he was too ‘lightweight’ to present the Today programme. His answer:

I’m keen not to lose the things that made people say I was lightweight, but I’m also keen not to be seen as lightweight. There would be no point if I became a clone of the others, but equally it would be no good if I was seen as the one who did funny features about walking dogs in the park. Finding that balance isn’t easy. In five years I might have cracked it.

This from someone whose CV is enough to make nearly ever other journalist at the BBC – or pretty much anyone else, for that matter – seem a bit lightweight: PPE at Oxford, where he edited Cherwell, followed by a Masters at Harvard then a spell at the high-powered and dry-as-dust Institute for Fiscal Studies. Indeed, for someone like that to be accused of being a lightweight is surely something of an achievement. Doesn’t it indicate that he must be remarkably good at wearing his learning lightly?

“Tinsel Tits“, as he’s not known despite the playful allegations of tabloid journos, is no pushover either. A couple of years ago he asked the most killer question I’ve ever heard on the Today programme. Mark Serwotka, head of a public services union, was expatiating on how people in the private sector are paid so much better than his members. Davis cheerily wondered:

If it is so bad in the public sector then why don’t you cheer when the government says it is, perhaps, going to privatise the Post Office or to put workers in the private sector? You should be saying great this is our chance to earn a bit more. But I never feel that the public sector unions do cheer when the government says it will put things into the private sector.

Cue spluttering. Anyway, he seems to be doing something right: at the moment, it seems less the BBC’s Evan Davis, than Evan Davis’s BBC. I may be missing something but, as well as Today, I believe he does Radio 4’s The Bottom Line, BBC TV’s Dragons Den, Business Nightmares with Evan Davies and Panorama. He somehow also finds time to do multi-part documentaries on business themes, first on the City and now Made in Britain (BBC2, Mondays at 9pm and on the iPlayer) about “what our country is good at and how it can pay its way in the world”.

This week’s was on manufacturing and made a pleasant change from the usual doom-laden prognostications (are prognostications ever anything else I wonder?). Davies reckoned that we were actually pretty good at making things, being the seventh-biggest manufacturing nation in the world. Of course, we’d lost an awful lot, but had managed to replace it with higher value activities, illustrated by an enjoyable look at the amazing machines that British Aerospace, Maclaren, and Brompton Bicycle are producing. This process was explained, and very well, with references to the economic theory relating to the comparative advantages of trade.

There was nothing flashy here, just an easy-to-follow and sensible interpretation of the facts. However, for all the positivity the conclusion was that we had to do better: we have an imbalance of exports over imports and manufacturing is best placed to fill this gap.

Davis reckoned the key was to save more, as more British savings would translate into more investment in British manufacturing. Perhaps. But isn’t it also plausible that greater savings might go into competing uses? Fiscal deficits, property development, financial services, consumer or leisure market activities, overseas investment, and so on? In fact, pursuing such alternatives might be very sensible. As Davis’s tells us repeatedly, high-performance economies make best use of the resources at hand and who’s to judge?

Certainly none of the interviewees suggested they’d had problems funding their growth. Indeed, Maclaren’s new factory for consumer sports cars cost an eye-watering £800m, and this for a commercially unproven product. For what it’s worth, a quick Google search turned up a recent report and CEO survey, both by PwC, which address the ‘key issues facing companies in the UK manufacturing sector’; access to funding or its cost don’t feature in either at all. And, as far as I know, academic studies haven’t been able to establish convincingly that British manufacturing has suffered from a lack of capital.

It was, then, a bit of a pity that a programme that started off keen to overturn some depressing myths ended by unquestioningly concluding something that is all too arguable. But whatever the merits of Davis’s conclusion I think it’s a very good thing that this sort of heavyweight topic is being aired at prime time on a main BBC channel. As the programme was written as well as presented by Davis, one has to wonder whether it would have been made without his journalistic skills and, I suppose it has to be said, his quirky charm.

Given his ubiquity, we may get a bit sick of him. And it may be that all this attention might go to his head (a head that’s looking a lot less like a peanut since he’s filled out a bit – he’s literally grown into TV). He’ll probably soon start trying to save the world. But in the meantime, he’s the best explainer of business to a general audience we’ve probably ever seen in this country: a serious role, and certainly not one for a lightweight.