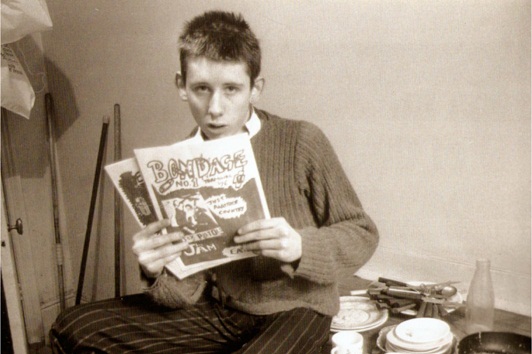 For someone born in Kent and educated at Westminster School, Shane Patrick Lysaght MacGowan is pretty damn Irish.

If your image of MacGowan as the archetypal Paddy Baddie – a rebellious anti-hero straight out of the pages of a J P Donleavy novel: gap-toothed, black-toothed, staggering blind drunk from the bar-brawl to the gutter – has just taken a bit of a knock from the above information, then rest assured: his parents were both Irish and he did spend his early childhood in Tipperary. Oh and he was expelled in his second year at Westminster for drug possession.

Let’s get the big thing out of the way. Shane MacGowan is a self-destructive alcoholic, who really ought to be dead by now. It’s easy to get sanctimonious here; but then it’s also easy to fall into the lad’s mag trap of lionising drunkards, where every disgraceful incident is a joke laced with admiration, as if we’d all do it if only we had the guts to live the full rockstar lifestyle.

‘There but for the grace’ is a better sentiment. Oliver Reed was thrown off the set of the Channel 4 discussion programme After Dark when he attempted to embrace feminist writer Kate Millett while uttering the immortal phrase: “Give us a kiss, big tits.” Paul Gascoigne turned up in Northumbria looking for his ‘pal Moaty’ with a can of lager, some chicken, a fishing rod, a Newcastle shirt and a dressing gown. In 2002, Shane MacGowan got so drunk before a gig at Dublin’s Olympia Theatre that he threw up over fans in the front row mid-performance. He was in a wheelchair at the time because of a broken leg. Yes, alcoholism makes people do funny things. But then so does Alzheimer’s. The disease itself isn’t funny at all.

So MacGowan is not a Dabbler Hero for his drinking, but for his songwriting. This peaked in the mid-1980s with the Rum, Sodomy, and the Lash album, and the Poguetry in Motion EP. The latter contains the first released version of A Rainy Night in Soho, one of the loveliest love songs you’ll ever hear and including this choker of a verse:

I’m not singing for the future
I’m not dreaming of the past
I’m not talking of the first time
I never think about the last.

It takes a lot of skill to write something that simple. There really was a poet’s soul behind that boozy snarl (MacGowan got into Westminster School on a literary scholarship). An Irish poet too, but a specific kind: London Irish. As well as a rainy night in Soho there’s a Misty Morning, Albert Bridge, a London Girl, the Dark Streets of London and a Lullaby of London. The rentboy protagonist of The Old Main Drag is kicked in the balls by coppers in Leicester Square, then beaten and mauled between the metal doors at Vine Street. London and England are two different things. The Pogues were not English, then, but an Irish band from London.

Shane MacGowan saw the Sex Pistols in 1976. The same year at a Clash gig a girl bit his earlobe off and his bloody, goofy mug made the papers (NME headline: ‘Cannibalism at Clash Gig!’). This was merely one of a series of extremely punk activities he indulged in during the late 1970s, including calling himself Shane O’Hooligan, creating a fanzine called Bondage, playing in bands called The Nipple Erectors and The Millwall Chainsaws and working, inevitably, in a record shop. 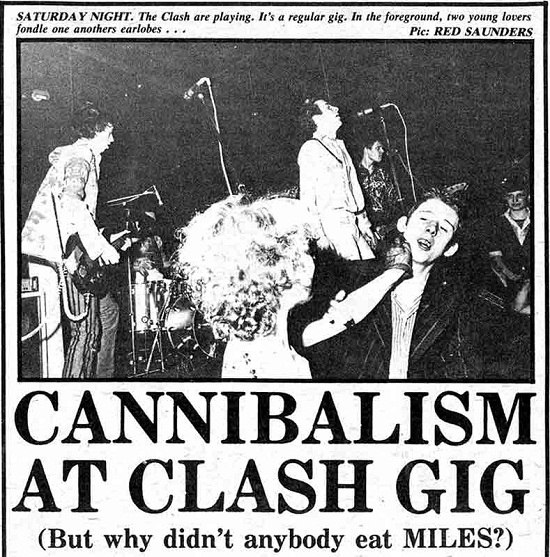 For me, though, his finest moment is A Pair of Brown Eyes, from the Rum, Sodomy and the Lash album. The lyric is pure London Irish and weirdly affecting, possibly because all men feel there’s a pair of brown eyes they’d like to come home from a war for. Unusually, MacGowan actually explained it once, in an interview in 1987:

It’s just about a guy getting pissed at a bar round here. He’s getting pissed because he’s broken up with this bird and… you know how it is when you just go into a pub on your own to drink and it’s really quiet and you get this old nutter who comes over and starts rambling on you. So this old guy starts on about how he came back from the war, the First World War. Or the Second. One of them anyway. And he tells him about the ship he had out there and how he got out and came back and this girl had f***d off with someone else, a girl with a pair of brown eyes. Which is the same situation as the young guy sitting there listening to all this rubbish and the juke box playing Johnny Cash and Ray Lyman and Philomena Begley, classic London juke box tracks. And in the end he gets to the stage where he says f*** it, and he goes stumbling out of the pub and he walks along the canal and starts feeling really bad, on the verge of tears, and he starts realising that the old guy has had a whole f***ng lifetime of that feeling, going through the war and everything, but his original reaction is to hate him and despise him. I’m not saying he goes back and starts talking to him but you know…

Even the video still sort of holds up. MacGowan sings beautifully and the drink hasn’t killed him yet. Of course, it still hasn’t technically killed him now, but you know… Best never to think about the last.