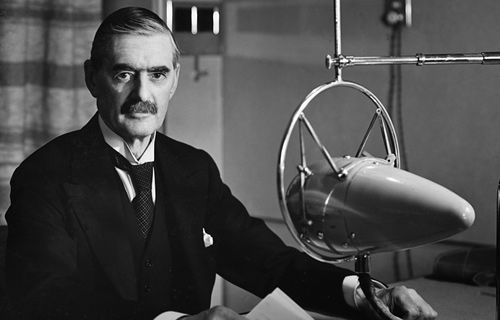 Definition of Pendants Coroner: when someone corrects someone else’s grammar, punctuation, spelling or factual knowledge, and in the process makes some risible error or errors.  It derives from a thread on Harry’s Place when a commenter came to correct some points of grammar, punctuation, etc. under the moniker (unintentional) of Pendants Coroner.

Here’s an example.  I bought The Observer on Sunday and leafing through the glossy magazine came across one of those “LifeStyle”, i.e. wittering on about nothing much in particular, pieces called Up Front.   A picture of the writer, a good-looking young woman, took up about one-eighth of the page.

The young woman – nah, I mean the little fibbertigibbet –  had this to say (among other things):

I like to think I’m a fairly tolerant person. I’m not, obviously, but I still like to think it. In truth, as I get older the list of things that disproportionately annoy me gets longer. Grammatical errors. Tourists who walk too slowly down busy London thoroughfares. Pregnant women who wear “Baby on board” badges when travelling on public transport. That kind of thing. By the time I’m 85, I’ll doubtless be writing green ink letters in the nursing home, furiously muttering: “Different from, not different to” as Eastern European nurses try to spoon mushed-up apple through the gaps in my teeth.

The rueful self-deprecation is one mark of this kind of writing.  The Pendants Coroner moment came from this hater of grammatical errors getting cross with people saying “different to”.  “Different to“, “different from” are good English.  She is probably thinking of “different than”, which is not.

The stickler against sloppiness went on to say:

Of course, in the same hotel room, there was a working radio. Why is the assumption that listening rather than watching is somehow less intrusive, less brain-rotting? I suspect it’s because listening to the wireless is seen as an altogether more tasteful activity, one redolent of English period dramas where families gather round the fireplace to hear Winston Churchill declare war on Germany.

Oh dear.  She looks like she’s only just left school – I thought World War II was something, in fact the only thing, they learned there these days.  She can’t even have been watching those English period dramas with much attention.