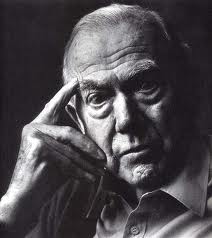 Mark Pack does his best to avoid thinking about how many blog pieces he writes and how many chocolate pieces he eats. Blogging is usually at his own site and Liberal Democrat Voice, which he co-edits. Chocolate is usually milk, preferably with crunchy bits. When doing neither he used to be Head of Innovations at the Liberal Democrats (running the internet general election campaign in 2001 and 2005) and is now Head of Digital at MHP Communications. He is, and forever will be, one year older than email.

One of the problems faced by authors of printed novels is that however engrossing the story, each time the reader turns the page there is that physical indication of how far away they are from the end of the story. Makes of TV shows face a similar problem of known ending times, though it is one that film makers have more freedom to avoid. In real life some sequences of events turn out surprisingly straight-forward or finish sooner than expected, but in reading a book you have that constant physical reminder of when the story will end.

One of my favourite books is Orson Scott Card’s Ender’s Game and the way it suffers from this is a classic of the genre. As the number of pages remaining diminishes yet the plot apparently is still in its early stages, the reader knows that some major plot trickery is afoot – and that clue makes it easier to guess what it might be and, even if not guessed, it makes the trick less surprising when it happens.

Graham Greene’s Cold War espionage novel The Human Factor (available for a penny here) manages to avoid this trap because even when you know you are on the penultimate page it is still far from clear if the story’s resolution will be a success for the West, for communism or for ambiguity and if the main characters will be left happy, sad or in limbo. Yet the ending manages not only to wrap up the plot but to do so without any implausibly high-paced drama in the final pages.

Greene is able to do that because his book is one of characters more than action. As with The Defection of AJ Lewinter, the moments of drama are not central to what the book is about. In The Human Factor, Graham Greene’s ambition was, he explained, “to write a novel of espionage free from the conventional violence, which has not, in spite of James Bond, been a feature of the British Secret Service. I wanted to present the Service unromantically as a way of life, men going daily to their office to earn their pensions, the background much like that of any other profession — whether the bank clerk or the business director — an undangerous routine, and within each character the more important private life”.

Not only are the key moments of drama few, some of them even happen without being recounted directly in the book. Instead, the novel spends much time on detailed prosaic accounts of its characters domestic lives. The spies in this book are as much private individuals who happen to have a job in espionage as spies who happen to have a private life.

There are moments too of humour, and those who know me and my love of chocolate won’t be surprised to know that the repeated jokes about Maltesers (at the time of writing, a novel and unusual form of chocolate in the UK) particularly appeal.

The book is nominally about a suspected leak in a small sub-section of the British Secret Service, but this is really just the backdrop to a study of characters and the potential for mystery over who the leaker really is does not get much time in the book, especially if you spot the fairly big clue early on.

Given Greene’s skill with characters that is no weakness in the book but instead a strength, for it leaves more scope for the personal struggles of his characters. That makes for a well-balanced book that is easy to read and yet leaves much to ponder about how people should act.

One thought on “1p Review: Graham Greene’s The Human Factor”