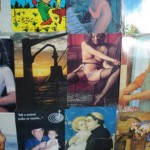 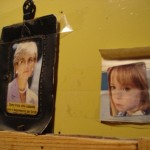 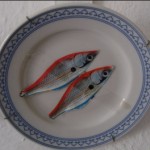 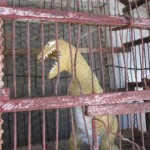 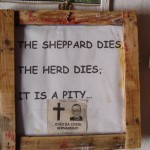 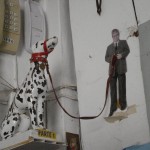 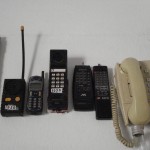 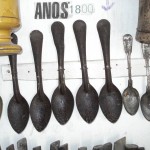 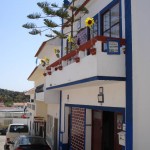 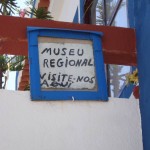 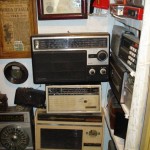 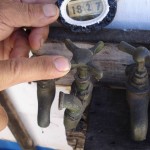 The Algarve is not on most people’s cultural map. Lazing about in the sun, a round of golf, Cliff Richard-spotting perhaps, but it’s not a great place for museums or galleries.

Well, that’s almost true. One day, while seeking something interesting to see in the small hill top town of Alte, I found one of the most extraordinary museums I have ever visited. Declaring itself to be a ‘regional museum’, it was owned and run by Jose Saturnino da Palma, a former shoemaker, and his wife. They looked very unremarkable, much the same as other conservatively dressed pensioners in the town, and neither spoke a word of English. Not that this mattered. Their museum was inexplicable in any language.

After decamping into a back room of their two-storey home, this resourceful couple transformed the rest of it into a visitor attraction. There was no particular theme, just lots and lots of stuff, most of it broken and all of it worthless, carefully arranged and meticulously dusted by the Senhora (see Gallery above; click to enlarge). Some of the items were dated, but almost always incorrectly. And not just by a few years, they were often out by decades and occasionally centuries.

But within this shrine to eccentricity, there was a careful attention to detail. For example, the magazine cut outs sellotaped to the plates that helped you imagine what a plate might be used for if you happened to be unfamiliar with such an object. And why the caged dinosaurs, I pondered. A bold and incisive statement on the predicament of modern man surely. Then there was the juxtaposition of Lady Diana and Madeleine McCann, and the magical collage of saints, lusty ladies and a sodomising hare that first confronted me as I stepped in from the street. It was all very thought provoking. What did it mean? What are you trying to say Jose?

Despite its obvious and multitudinous failings as a museum, Alte’s ‘regional museum’ is worthy of celebration. Jose and his wife are true dabblers in the art of museum curating. It was surprising, funny and left one slightly reeling with bewilderment. How many museums make you feel like that eh? And I’m not sure who Joao da Costa Bernardino is, but I think he might be onto something.

14 thoughts on “Museum madness among the gin and Jags”