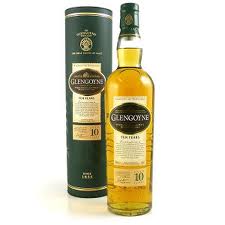 After much agonising and no little debate amongst the Dabblers, we have chosen our first winner of the Glengoyne Comment of the Month. But before we announce the victor, a few special mentions for the ones that came oh so close.

We continue to enjoy John Halliwell’s brilliantly creative explanations of why the clues in our Round Blogworld Quizzes are linked – and doubtless if he keeps those up there’ll be an unassailable winner in a future month.

Two particular comments by stellar regulars could easily have won: Jonathan Law’s quotation of Rabelais’ Gargantua and Pantagruel was a wonderful enhancement to Jonathon Green’s post on the ‘deadly slang sin’ of Gluttony. Then there was Malty’s stunning double in Scott Locklin’s post on British engineering – based on experience, insight and well, just Malty’s inimitable brilliance.

There were many more, too many to mention, so thank you all.

However, in the end the winner we’ve chosen is this comment by Joey Joe Joe Jnr on ZMKC’s 1p Review of The Masters by CP Snow:

I’ve been tempted to read more Snow since I finished The Light and Dark. While I agree that the detached, almost analytical tone of Snow’s writing makes it no surprise that the author was first a scientist, I wouldn’t describe it as dry myself. I read somewhere than the relationship described in Light and Dark is based on a real life friendship of Snow’s, and if that’s true it comes across.
Incidentally, Snow had something of a dabbler-friendly outlook on intellectual pursuits, criticizing the mutual ignorance or contempt he perceived the scientific and artistic world have for each other.

His essay, The Two Cultures, is fantastically bitchy at times. Of scientists he says:
“Most of the [scientists], when one tried to probe for what books they had read, would modestly confess, “Well, I’ve tried a bit of Dickens”, rather as though Dickens were an extraordinarily esoteric, tangled and dubiously rewarding writer, something like Rainer Maria Rilke. In fact that is exactly how they do regard him: we thought that discovery, that Dickens had been transformed into the type specimen of literary incomprehensibility, was one of the oddest results of the whole exercise.”

…and of the artistic intellectuals:
“Once or twice I have been provoked and have asked the company how many of them could describe the Second Law of Thermodynamics. The response was cold: it was also negative. Yet I was asking something which is about the scientific equivalent of Have you read a work of Shakespeare’s. I now believe that if I had asked an even simpler question-such as, what do you mean by mass, or acceleration, which is the scientific equivalent of asking, Can you read? – not more than one in ten of the highly educated would have felt that I was speaking the same language.”

The anti-Two Cultures sentiment is a key element of Dabblerism, and is therefore entirely appropriate as a winner of the inaugural Glengoyne Comment of the Month.

So congratulations to Joey Joe Joe Jnr, we will be contacting you to arrange delivery of your Glengoyne 10 year old single malt.

However, it’s important to point out that these criteria will not be the same every month – we really could choose a winner for any reason at all, so keep commenting all, and do join in if you’ve never commented before!

4 thoughts on “Glengoyne Comment of the Month Winner – March 2011”