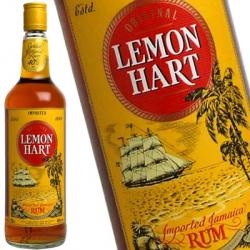 Toby Ash, The Dabbler’s Most South-Westerly Tip of England Correspondent, discovers the local origins of an iconic drinks brand whilst walking the back streets of Penzance.

A few months ago, as I walked through the maze of back alleys in east Penzance, I stumbled across a locked wooden gate, behind which I could make out a small but well-maintained graveyard. I later discovered it was an almost perfectly preserved Jewish cemetery, the final resting place for members of a small but influential community that thrived in the town in the eighteenth and nineteenth centuries. 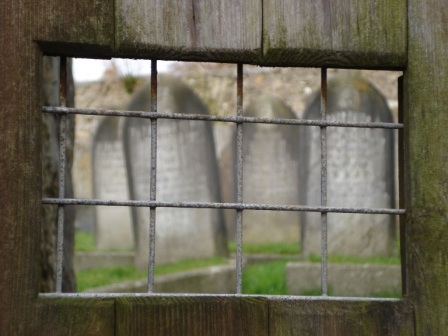 The history of the Jews of Cornwall is a fascinating one, and is meticulously recorded in the scholarly The Lost Jews of Cornwall. The first Jews are thought to have arrived in Penzance at the start of the eighteenth century having travelled to Britain from the Rhineland. They came when shipping, tin mining and fishing were all flourishing and Penzance was the banking centre of Cornwall.

One of the first arrivals was Abraham Hart who set himself up as a goldsmith in the town in about 1720. By the time of his death in 1784, his commercial interests had expanded into shipping and specifically the import of Jamaican rum into the country. Abraham is believed to have taken himself off to the West Indies in the 1750s to set up his rum importing business.

On his death the family firm passed to his son Lazarus. Unfortunately he didn’t have much luck in business. He lost a large sum of money as co-owner of the brigantine Nancy & Betsy which was due to sail to Jamaica, but foundered off Lundy in 1793 before it could make the journey. He also had a long and bruising battle with the Customs House in Penzance which (incorrectly) accused him of avoiding duties on imported goods. He was so sick of all the setbacks that he actually put the business up for sale at one point, although he must have had second thoughts as it continued to trade until his death in 1803.

That was to be a doubly traumatic year for Lazarus’ only son Lemon.  A few days before the death of his father, his pregnant wife Letitia perished in a fire at their home. Her nightdress was set ablaze by a candle, a calamity that was still written about in lurid detail in the local newspaper more than fifty years later. So, at the age of 35, Lemon Hart not only had to manage the family business, but he also had four children under the age of 10 to look after.

But the tragedy did not seem to hold him back. On the contrary it seemed to give him new drive and focus. He was remarried within a year to a Jewish widow from London and he set about expanding his business interests with real vigour.

He was a far more astute businessman than his father. When it came to making money, it seems he took after Grandfather Abraham. In his 20s and early 30s Lemon had developed his own successful side line in ship brokering and ownership in Penzance. After his father’s death, he took the wine and spirit trade he inherited to another level.

In 1804 he formally established the Lemon Hart trading firm with ‘Lemon Hart’ as the namesake rum brand. Through persistence and adept negotiation the company was soon named as an official purveyor of rum to the Royal Navy. This was to be the making of the business, which soon expanded its operations into London. In 1811, Lemon himself left Penzance for the capital and within a few years the whole business had migrated from West Cornwall to West India Dock on the Isle of Dogs. Rum and sugar were valuable commodities and with such a high risk of plundering, the fortress-like West India Dock had become the safest place in the country to import them into, especially given the quantities that Lemon was now handling. By the time of Lemon Hart’s death in 1845, the Royal Navy was taking almost 100,000 gallons of his rum annually.

So hats off to the Harts. They came to Penzance with nothing – barely even a word of English. Yet within three generations they had built a business that endures more than two centuries later. They were also upstanding citizens of the town. With the ever-present fear of a French invasion, Lemon Hart somehow managed to find time to serve as an officer in the Mount’s Bay volunteer force before he left for London.

Lemon Hart rum is still around today and has a particularly loyal following in North America. It was bought last year from Pernod Ricard by Canadian firm Mosaiq. In Britain, its heyday as a consumer brand was in the 1950s and 1960s. Some of the most memorable adverts of the time were for Lemon Hart. They were the work of the truly brilliant illustrator Ronald Searle who is perhaps best known as the creator of St. Trinian’s School.

Here is a selection of his work for this iconic rum brand with the strap line of ‘Have a GOOD RUM for you money’, which ran from 1951 until 1962. They come from this excellent website which showcases Searle’s work. 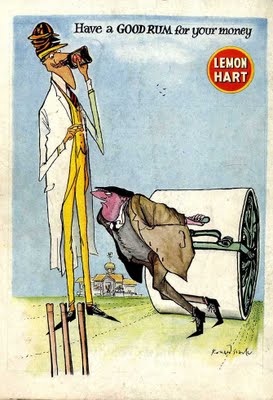 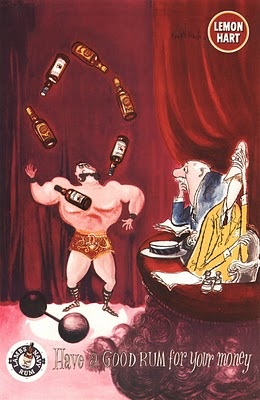 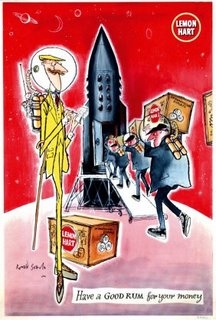 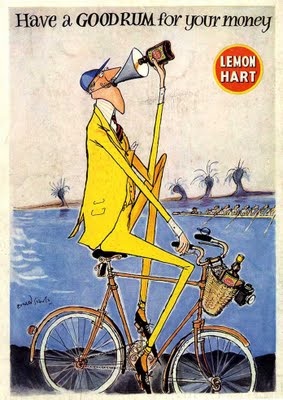