In our occasional feature we invite guests to select the six cultural links that might sustain them if, by some mischance, they were forced to spend eternity in a succession of airport departure lounges with only an iPad or similar device for company.

Today’s voyager is The Dabbler’s own Worm, who is often to be found loitering.

I wake with a start as the woman pulls down the metal shutter on Claire’s Accessories. The neon signage casts a germolene light in the corner where I’m resting. Shouldering my bag (all liquids removed in preparation for boarding) I scuttle to the Wetherspoons, a sort of dark wooden portakabin with a blue and red swirly carpet. My pint of London Pride smells of eggs. Pret a Manger has closed, so if I’m going to eat my only choice is a sweaty baguette from the last open shop. I stare at the lattice of cables and metal ribs in the ceiling above. I’m a vector, nowhere. Rubbing my eyes, I fire up the laptop on the Wetherspoons free wifi and head over to bldgblog to take my mind off the beer. 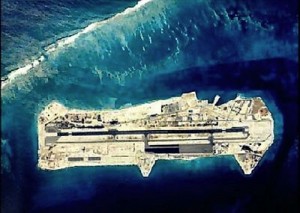 A very popular website of architectural weirdness, bldgblog discusses all sorts of strange ideas about the habitable spaces of past and future, the interface between humans and the landscape, technology, geology and mythology. Lovers of JG Ballard, airports and empty suburban nightmares will find much to interest them here.

On the bench opposite an old man turns under his temporary newspaper blanket. I order a coffee to take away the taste of the beer and return to the screen. Things magazine continues further out into the web from where bldgblog left off. Things is a fascinating weekly list of curated links, each link taking you through a rabbit hole of weirdness and into ideas, images and places that you’d never previously imagined.

A small antidote to the conjectural architectural futurism in the two blogs above can be found at Ptak Science Books, a more old-fashioned journey into arcana. This is the lovingly created blog of an american chap who runs a real-life bookshop selling strange books. The blog describes itself as “connections in the history of science, maths and technology with images, social history and general found environments” but I think an easier way of describing it would be essays and pictures looking at lots of things like old science fiction through the ages and marvelling at how utterly wrong they always seemed to get it. I read an article about Fox-Tossing whilst my coffee coagulates.

Bored, I traipse to the viewing area and stare out into the darkness beyond the glass, totally alone save the low pulse of the air conditioning units. Across the tarmac to a distant corner of the airfield I spot a rusted old aircraft hanger and a cluster of huts in the shadows. Wondering if they’re relics from WW2 I click on to 28dayslater to search for their details. 28DL is a website dedicated to the art of urban exploration – a phrase meant to legitimise the hobby of breaking into lost and hidden places of  interest and publishing the pictures on the internet for the curious to see whats out there, hidden in fields and in dark tunnels beneath our feet. 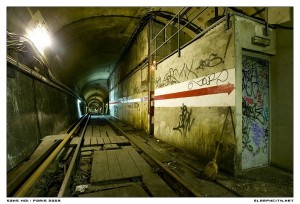 If you’d like to see abandoned tube stations, forgotten nuclear bunkers, derelict lunatic asylums, rusting submarines and crumbling themeparks, then 28dayslater will keep you occupied for hours on end.

WHSmiths is closed, and there’s nowhere for me to buy a newspaper. I’d like to catch up on some culture and a bit of current affairs, but the Times mocks me from behind it’s paywall and the Telegraph Online spirals ever downwards. Only one thing for it: Arts and Letters Daily, a highbrow round up of the really meaty arts, books, culture and politics articles to be found on the web, and a good riposte to those who accuse the internet of being a negative influence on quality content.

Back in departures a wiry african fellow chugs past with his giant floor cleaner and I shift on the uncomfortable seat. I feel a bit ill and I need to blot out the noise. I put in my headphones and flick to the In Our Time podcast.

For ipod listening, I have yet to find anything that can match In Our Time’s chimeric versatility. If you are wide awake and full of beans, a discussion about 19thC german composers or Hengist can be an absolutely riveting way to get through 45 empty minutes – but conversely, if you are tired and want to go to sleep, there can surely be nothing on earth more coma-inducing than a calm 45 minute discussion about an obscure mathematical equation. For that reason In Our Time is an indispensable travel companion.

I drift into fitful sleep to the sound of Melvyn’s lugubrious drawl, unable to hear the cascades of the departure board as the tickers all tumble over, every one of them blank.