Jonathon Law’s more or less got it, and Steve Buckley’s given us the best guesses since Stan Madeley’s efforts. For anyone wanting to be put out of their misery, click continue. 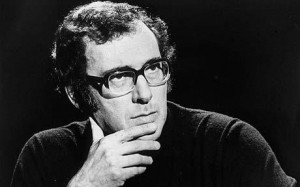 What links a playwright who broke the sprint record at Hackney Downs Boys’ School to a pal of Bertie’s with a Murdoch-style nickname; a butterfly syndrome; and miscellaneous one-hit wonders from the Sixties?

The young Harold Pinter was a talented runner and held the Hackney Downs School sprinting record. The Nobel-winning playwright and left-winger was also a big cricket fan, taking his bat with him when evacuated during the Blitz. I’m not sure if he wrote any cricket poetry but if he did it would probably go like this:

Or something along those lines, anyway. From Harold Pinter to Harold Pinker. One of Bertie Wooster’s pals in the PG Wodehouse stories, Harold “Stinker” Pinker was a curate in Market Snodsbury, who married “Stiffy” Byng, though not without some comic mishaps along the way. “Stinker” was also the nickname of Richard Murdoch, the British comic actor who came to prominence alongside Arthur Askey in the 1930s BBC radio comedy Band Waggon. Incidentally, there’s a link here to Adelephant’s Round Blogworld Quiz question from a few weeks ago, as in the 1980s Murdoch supplied the English narration to the Polish animated version of The Moomins.

From Pinker to Pinkerton. Pinkerton Syndrome is a derogatory Singaporean term for the tendency of some Asians to consider Caucasians superior, and to be biased in favour of Caucasians over Asians. It comes from the character of Lieutenant B.F. Pinkerton in Puccini’s opera Madame Butterfly.

3 thoughts on “The Dabbler’s Round Blogworld Quiz #7: The Solution”