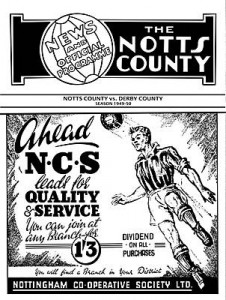 Most of the current fan myths about British football are of fairly recent origin, but versions of this one have been circulating since the Edwardian era: that the coming of professionalism marked a terrific victory for the working man over the toffs. Like an episode of Sharpe, only in sport. And of course, given its class content, it’s a favourite myth of academic football historians who want to talk Marxism whilst still being one of the lads.

Simply put, the tale goes like this. The early days of football were dominated by public school toffs. They ran the FA, and ordinary people couldn’t get a look in. In the industrial cities, men couldn’t afford to take time off work, so didn’t play. But then came professionalism, and all this changed: within a few years, the working man had triumphed, and the public schoolboys had gone over to rugby, a sport for the chinless upper classes.

It wasn’t really like that, and not least because the FA’s gripe with professionalism had little to do with class in the first place. The problem wasn’t snobbery: it was corruption.

As racing has always known, and as cricket is rediscovering, the combination of sportspeople who make a living from sport on the one hand, and the possibility of a fast buck on the other, is dangerous. Victorian athletics owed its entire existence to gambling and had lost all credibility before the AAA took over. Pre-Golden Age Cricket had needed rescue and revamp, saving from the bookmakers, and this had been managed – just! by some of the same men who now ran the Football Association.

No one was excluded from football. Then as now, the vast majority of English footballers played in pub teams, factory sides, church elevens. Few public school teams played at the top level alongside Old Etonians or Carthusians. What the Football Association faced was this: since about 1876 – well before the legalization of professionalism, well before the founding of the Football League – new wealthy northern industrial clubs were paying players under the table. These players were not always local men who needed compensation for their time off from the factory. They were just as often Scots, imported from the footballing hotbeds of Ayrshire and Glasgow to boost the gates and multiply club profits.

Preston North End were notorious for this practice, but not alone. They were expelled from the FA Cup for paying players, and, as a direct consequence, professionalism was legalized the following year, 1885. The compromise that came with that concession – that paid players either had to have been born within six miles of the ground or had to have lived within six miles of the ground for two years or more – was immediately and completely ignored.

The alternative facing the FA had been a breakaway by professional clubs. Although legalization prevented that outcome, it failed to prevent financial corruption from taking hold in English football. In 1893, Preston chairman William Sudell was jailed for embezzling £5000 – the equivalent of half a million pounds today – from his firm in order to feed his club’s coffers. In 1906, Manchester City were forced to part with most of their best players after paying illegal bonuses. In 1919, Herbert Chapman was banned from football for life as a consequence of the Leeds City scandal: the club itself ceased to exist. There were many other instances: those are merely highlights. And the players themselves laboured under “contracts” that made them, in effect, indentured servants of their clubs. The starving ex-footballer, begging from old mates at the changing room door, was a familiar figure of the 1890s and 1900s.

Nor did professionalism make football an exclusively working class sport. Public schoolboys turned out for top clubs and England for another thirty years. Amateurs played for First Division clubs, including Chapman’s dominant 1930s Arsenal side, until World War II. Today, more public schools play association football than ever before, and some, like Whitgift, offer scholarships and bursaries to talented footballers. Alumni like Frank Lampard and Victor Moses represent their schools in the Premier League.