In our occasional feature we invite guests to select the six cultural links that might sustain them if, by some mischance, they were forced to spend eternity in a succession of airport departure lounges with only an iPad or similar device for company.

Today’s voyager is The Dabbler’s very own correspondent Toby Ash, who is, by remarkable coincidence, actually spending eternity in an airport departure lounge, and was able to give us this gripping first-hand account of a typical day before his daily routine was rudely interrupted by the snowy weather…

I tend to sleep facing east so I am woken by the sun rather the dreadful racket of the giant floor cleaners that start getting pushed around first thing. Sunrises can be magnificent at airports. The huge windows and absence of neighbouring buildings allows a wide expanse of wonderful light and colour to flood the concourse.

I’m usually feeling quite stiff first thing as I have to sleep upright in a seat. I have tried the floor, but on balance I prefer a seat.

To set me up for the day I enjoy a hearty sing and dance to my favourite Dean Martin number. I know all the words off by heart and have perfected my own dance routine. It’s really quite energetic and expressive and – if I get my timing right – I find myself outside Costa Coffee just as the shutters are being raised.

The hours between 7 and 10 in the morning are by far the worst of the day. First the night flights come in and I am surrounded by the dazed and unwashed. Then come the short-haulers. All lap tops, Blackberries and early starts.

There is no hiding place during these hours, so I find a seat amongst the fidgety masses and absorb myself in my languid trip around Britain using the wonderful ordnance survey maps which I can access here. They really are exceptional pieces of work. From hedgerows and farms to railway stations and roundabouts, every aspect of the landscape is painstakingly and accurately recorded.

I am currently on my third imaginary trip around the country. This time I am only using B roads and often taking detours down an interesting footpath or bridleway. I try to smell the flowers in summer and when I pass a church on a Sunday I imagine I can hear their bells ringing.

Once or twice a day I visit the airport chapel. Not that it’s called a chapel any more. It’s now a ‘place of worship’. They have also taken down all religious symbols, so as not to cause offence. Basically it’s just a chav-free zone where I won’t trip up over a wheelie case.

It’s never crowded and I take my usual seat at the back and listen to Samuel Barber’s beautiful Agnus Dei.  It is undoubtedly one of the saddest pieces of music ever written and allows me to mourn my loss of freedom and channel my self-pity into one intense, tear- filled 10 minutes.

My favourite lunch spot at the moment is a smoked salmon and fake-caviar bar near the duty free. Over my gravlax and glass of chilled Chablis I can roam the wonderful sculpture garden of one my favourite artists, Barbara Hepworth, here.

I adore Hepworth’s sculptures. They have a wonderful tactility to them. They just ask to be touched and stroked, both by eye and hand, and so powerfully mirror the magnificence of the West Cornwall landscape that inspired her. I always think her work is so much more authentic and original than that of her husband, the oft lauded painter Ben Nicolson. Hepworth’s garden is in the heart of the busy harbour town of St Ives and is a peaceful, sun-filled oasis where you explore and enjoy her work. 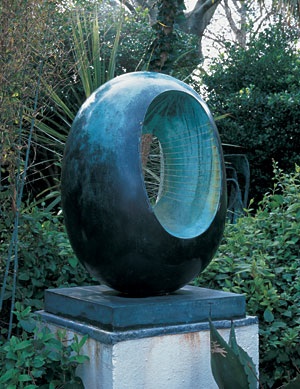 I typically spend much of the afternoon indulging my passion for gossipy, bitchy, unsubstantiated tittle-tattle about the rich and famous.

My favourite purveyor of the genre is the Roman historian Suetonius and his glorious tome The Twelve Caesars which chronicles the lives of the early Roman emperors from Julius Caesar to Domitian. Tacitus may have been more accurate, but Suetonius is just so much more fun.

His description of the lunatic Caligula is quite riveting: ‘…in his clothing, his shoes, and the rest of his attire he did not follow the usage of his country and fellow-citizens; not always even that of his sex; or in fact, that of an ordinary mortal.’

Suetonius also had a real beef with Tiberius, which was probably less deserved, but is amusing all the same. Now here’s a lesson in keeping your mouth shut…

A few days after he reached Capri and was by himself a fisherman appeared unexpectedly and offered him a huge mullet; whereupon in his alarm that the man had clambered up to him from the back of the island over rough and pathless rocks, he had the poor fellow’s face scrubbed with the fish. And because in the midst of his torture the man thanked his stars that he had not given the emperor the enormous crab that he had caught, Tiberius had his face torn with the crab also. 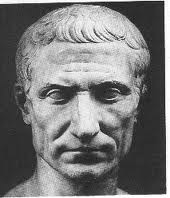 By 10 in the evening the crowds have thinned out and I can get bit more peace and quiet. I usually head to one of the end gates, which won’t see any more flights until the morning.

In these dark, lonely hours I need some laughter to sustain me and ensure I fall asleep with a smile on my face. For this I turn to the American comic genius Larry David, creator of the 1990s TV show Seinfeld and star of Curb Your Enthusiasm, where he plays a fictionalised version of himself – a bored, semi-retired writer and producer who lacks any sense of social awareness and sensitivity.

So on a typical evening, just as the runway lights are switched off, it’s just me, Larry and his big vaginas, and the sound of my laughter echoing around the empty hall.