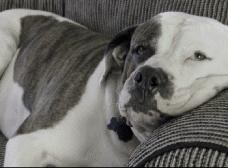 A trio with a strong classical background , The Low Anthem hail from Rhode Island, and bring a welcome touch of humanity to the increasingly bland world of up and downloading, and although they know how to stomp, there is usually a bittersweet sadness about them that lingers in the air. The delightful claymation vid has the same dreamy quality as the chamber music it is linked to.

I was a teenager, as was he, when I first heard Keith Jarrett playing with the Charles Lloyd Quartet at Birmingham Town Hall, and the shock of seeing him climb inside a Steinway Grand and start strumming and plucking at the strings I still remember vividly. He went on to join Miles Davis and other progressive jazzmen but soon found his real metier in solo explorations, culminating in the now famous meditations in Germany on an out-of-tune piano. Badly recorded, at the last moment, it went on to become the biggest selling jazz album of all time, The Koln Concert. Since then he has pared back most of the youthful excesses, leaving a consummate touch and artistry, captured wonderfully here in the classic Harold Arlen standard…

Though a minor talent, the work of Julius Eastman is not without merit, as this pungent piece for ten celli demonstrates. Dying at fifty after years of drug abuse, this African-American embraced politics in a particularly aggressive way in his music, and a glance at a few of the titles supports this point – ‘If you’re so smart, why aren’t you rich?’ ‘Evil Nigger’ ‘Gay Guerilla’. But the real treasure here is visual; a clip from the closing scenes of the 1928 classic The Passion of Joan of Arc by the Dane, CT Dreyer. The part of Joan was only the second role undertaken by Maria Falconetti, and the last, as Dreyer famously drove the poor girl to a nervous breakdown from which she never fully recovered. But she left on celluloid an absolutely indelible impersonation of the Maid of Orleans that, among many other plaudits, the late Pauline Kael called ‘the finest performance ever recorded on film’

Although he won a Pulitzer Prize for his fourth Symphony it was Howard Hanson‘s second symphony that was my introduction to this under-appreciated composer when I was a kid, and it remains his most popular work. The tender second movement was grabbed by Ridley Scott to help the titles along at the end of Alien. Here we have the added bonus of being able to gaze again at the thinking man’s crumpet Sigourney Weaver as Ripley.