Style supremo John Galliano, has a “boogie box” – a retro cassette player with cheesy disco lights that flash in time to the music, as does Jade Jagger. But whatever happened to the genuine, old fashioned record player?

When I moved house a few years ago, I determined that my trusty old music centre/hi-fi/record deck (or whatever the term was/is) should go. What a big mistake. I’ve loads of old records, but no means of listening to them.

I’ve seen a few interesting digital alternatives to the record player though. Young designer Martin Skelly’s version has to be the most stylish. 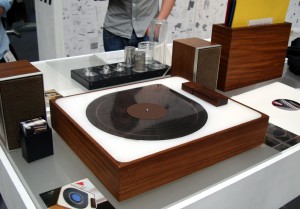 There are two parts to the design: the player, and the record box containing five coloured covers. Once the playlists are chosen (via a computer) and ‘synced’ to the player with a memory stick, the user customizes the outside of the sleeve with artwork of their choice. When the music is played, the outer ring of lights on the disc illuminates. The rings of light on the disc move towards the centre, the further one runs through the playlist – like a needle tracking on a record – except there are no tracks. And, although this is designed in the style of a 1970s hi-fi type record player, unfortunately, it doesn’t play records either. 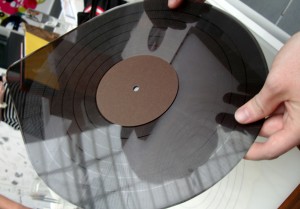 Alternatively there’s a faux 1930s multi-function music centre courtesy of a major newspaper. This plays everything from records and cassettes to CDs – plus there’s a radio… and the option of spending hours downloading all your records on to your PC, which of course, was what you were looking to do all along, no? 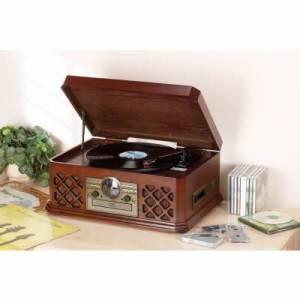 Anyway, if anyone knows where I can find a tasteful contemporary sound system that  plays records, please let me know. Otherwise, I’ll have to see if I can find another tried and tested original. Know of any good car boot sales? 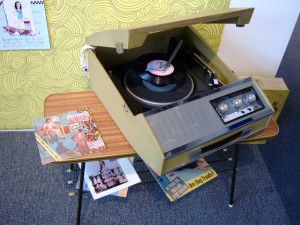