I’ve been reading Oliver Rackham‘s The History of the Countryside, a book full of ideas, observations and interesting facts. It’s a great myth-buster and is permeated by a sceptical curiosity that’s never shy of actually visiting a patch of land if that’s what’s required to rescue us from what is described as pseudo-history. One senses that Rackham, a Cambridge don, is at least as happy in the field as he is in the library.

The book has a deeply thoughtful quality, the product of a sustained, informed and many-vantaged process of observation. We see through the author’s eyes the various and suggestive marks left by our rural ancestors, in the landscape and in records. We learn what these might mean and how they can be found all around us if we know how to look for them. He is something like a combination of Oxbridge supervisor and native guide.

Rackham is also respectful towards the past, which is always allowed its reasons. This is refreshing; it sometimes seems that the dead are the only people it’s acceptable to condescend to nowadays (I recently watched a speaker at a tech conference tell his audience that every single one of them was more talented than Leonardo da Vinci).

We’re helped to appreciate our ancestors on their own terms. They’re neither romanticised as noble savages in intuitive communion with nature nor dismissed as ill-informed, backward yokels who couldn’t really help themselves. Most of our recent (and uniquely catastrophic) mistakes in land management derive from an imperious and curiously unfounded belief that we know better. 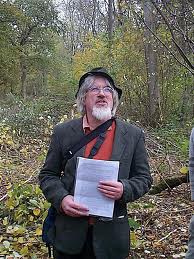 The foreword to the 1997 edition resiles somewhat from the author’s pessimism of 1986, when the book was first published and when the wrecking of the post-war decades was still well underway. The quangocratic powers-that-be seem to have taken heed of his approach and recommendations (he’s an OBE but deserves much more).

Rackham is a star in an East Anglian constellation of inventive writers about the British countryside, who have, in every sense, inhabited their subject; others include Roger Deakin, Richard Mabey, Robert Macfarlane and (less straightforwardly) WG Sebald. I suspect this quietly influential group will be regarded in centuries to come as having contributed to a significant and healthy alteration in our attitude to our native natural world, though it’s too early for complacency.

To give you a flavour of what a rich soil The History of the Countryside is I’ve copied after the break some sentences that caught my attention. There are quite a few of them but I think those interested in this sort of thing will find them worth reading. If you want to know what reasoning lies behind them I suggest you buy the book…

It increasingly seems likely that, at least since the Iron Age, every inch of the British Isles has either belonged to somebody or has been expressly set aside for communal use.

Authors still relate that woods ceased to exist because people used up the trees; that there was a national shortage of timber as early as the sixteenth century; and that the history of woodland has been dominated by naval ship-building. These statements have been copied from author to author for centuries; but it is difficult to sustain them from the records of a single actual wood.

The seventy eventful years between [1870 and 1945], and even World War II itself, were less destructive than any five years since. Much of England in 1945 would have been instantly recognisable by Sir Thomas More, and some areas would have been recognised by the Emperor Claudius.

Gamekeeping is not responsible for the survival of pheasants, which kept themselves in England centuries before the modern keeper.

In Britain…our great wildwoods passed away in prehistory…

Woods do not cease to exist through being felled.

To convert millions of acres of wildwood into farmland was unquestionably the greatest achievement of any of our ancestors [but see note below].

In many woods the oldest trees are the coppice stools.

The simplest conservation measure of all is three strands of barbed wire.

[Venison] was beyond price – I have not a single record of a sale or valuation – and a haunch was a gift that money could not buy.

In popular myth [Forest courts] were blood-thirsty courts, cutting off the limbs etc. of even minor offenders against Forest law, but not a single case has been brought forward as evidence of this having been done.

Old trees, though uncommon, are a speciality of England. Europe is a continent of young or youngish trees, like a human population with compulsory euthanasia at age thirty; one can go from Boulogne to Athens without seeing a tree more than 200 years old.

…people regard trees anthropomorphically as ‘senile’ or ‘dying of old age’, as if they had a fixed life-span, and do not realise that hollow trunks and dead boughs are a normal part of a tree’s development.

…cutting thorns to form the material called trouse [used to mend or fill out hedges]… may be why spinneys – woods of thorns – were quite highly valued.

Anyone with plenty of space on a suitable site should be encouraged to grow [Black Poplar].

Archaeologists record the earthworks and holloways of deserted and shrunken settlements but often fail to appreciate that ancient trees are their last living inhabitants.

…Neolithic people had regular long-distance transport…for every enterprise sending out stone or bronze articles which have survived there were probably ten others sending out perishable goods.

In the Middle Ages the road system of England was rather denser than it is now.

Heaths are clearly the product of human activities and need to be managed as heathland; if neglected they turn into woodland.

[The red deer] is a beast of tundra and of the great glaciations – a kind of deputy mammoth – who survives through being able to live in woodland during interglacial periods.

The British Isles are the world’s great moorland countries.

A moment’s thought will show that the average English country churchyard will contain at least 10,000 bodies.

[Churchyard] nettles and cow parsley are a memento mori, for in them is recycled, while awaiting the Last Trump, part of the phosphate of 10,000 skeletons.

Note: And yet questioned it has been, not least by Rackham. For a discussion about the extent and clearance of wildwood in prehistoric times see his more recent Woodlands.

5 thoughts on “The whisper of groves”