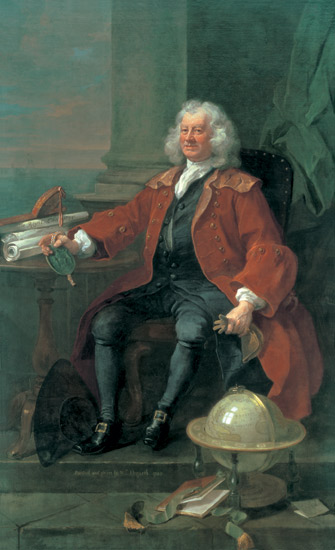 The Foundling Museum in Bloomsbury is one of London’s less well known. It’s been refurbished in recent years, so when I dropped in I was curious to see if it had improved from the rather uncommunicative building I’d toured 20-odd years ago. Happily it’s been a sensitive and quietly effective job, the building now feels more alive – but not swarming with resting actors in frockcoats and mob caps, never fear – and the story of the Foundling Hospital is well told.

What a story it is. The Foundling Hospital was one of the greatest products of what Hogarth called ‘the golden age of English philanthropy’, i.e. the mid-18th century, when morality and self-interest flowed together in one beneficent (if narrow) stream. The Hospital’s immediate purpose was to offer shelter, care and an education to children who would otherwise be abandoned. At that time, at least a thousand children a year (in a city of half a million souls) were abandoned in the street to die, or thrown on the rubbish dumps on the city margins. This situation so appalled the sea captain Thomas Coram, returning from America, that he resolved to do something about it. The Foundling Hospital was eventually, after many a setback, the result.

As well as being a home for children, the Hospital was an institution of high social tone, very popular with the aristocracy, and, remarkably, a centre for the arts, indeed London’s first public art gallery. Handel was a major supporter, wrote an anthem for the Hospital and bequeathed it a fair copy of The Messiah. Concerts were held, and the children were trained in music (as at Vivaldi’s La Pieta). Artists – not only English, but French and Italian – donated works. The result is that the Foundling Museum of today is a fascinating and quite unique art gallery, with works by Hogarth (of course), Gainsborough, Reynolds, Benjamin West, Richard Wilson, Roubiliac’s great bust of Handel, etc. (Not to mention a dubious portrait confidently labelled ‘William Shakespeare’.)

But the most touching and extraordinary exhibits are the unlabelled display cases of tokens left by desperate mothers with their babies as they handed them over to the care of the Hospital. Beads, trinkets, coins and half-coins, medallions, seals, labels, some inscribed, others blank – even, mystifyingly, a label from the neck of a bottle, reading ‘Ale’…